Halloween's only a few days away and we're arriving with two new outfits with a particularly spooky flair, based on the winners of the 2016 Taiwan Outfit Design Contest! We also have a huge change to our Battle Boxes and a pair of Halloween hair colors!

The outfit for a sinister sorceress might be in tatters, but it's no hazard on the battlefield. With sturdy knee-high boots, a half robe and corset underneath and tattered stockings, this special outfit also includes a friendly little helper hanging out on her back. Don't worry, little skullsy won't bite! 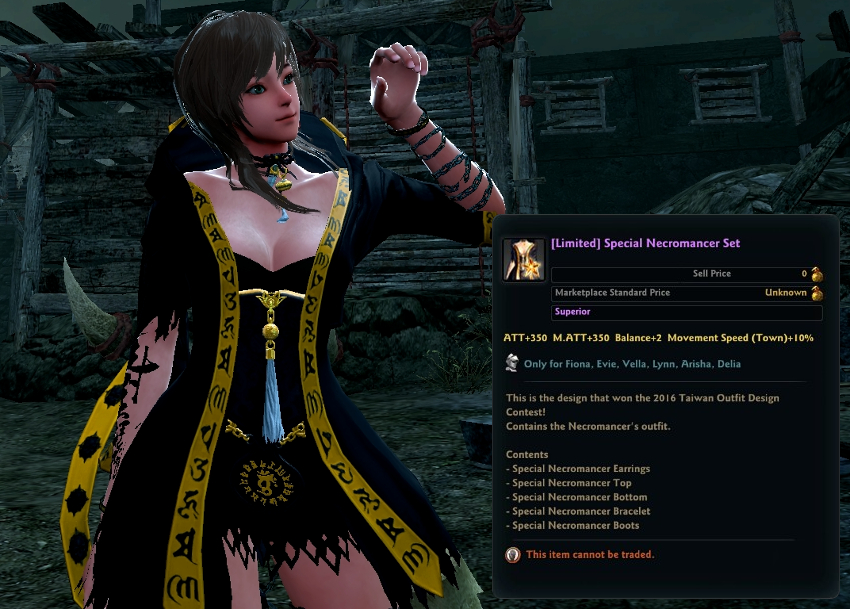 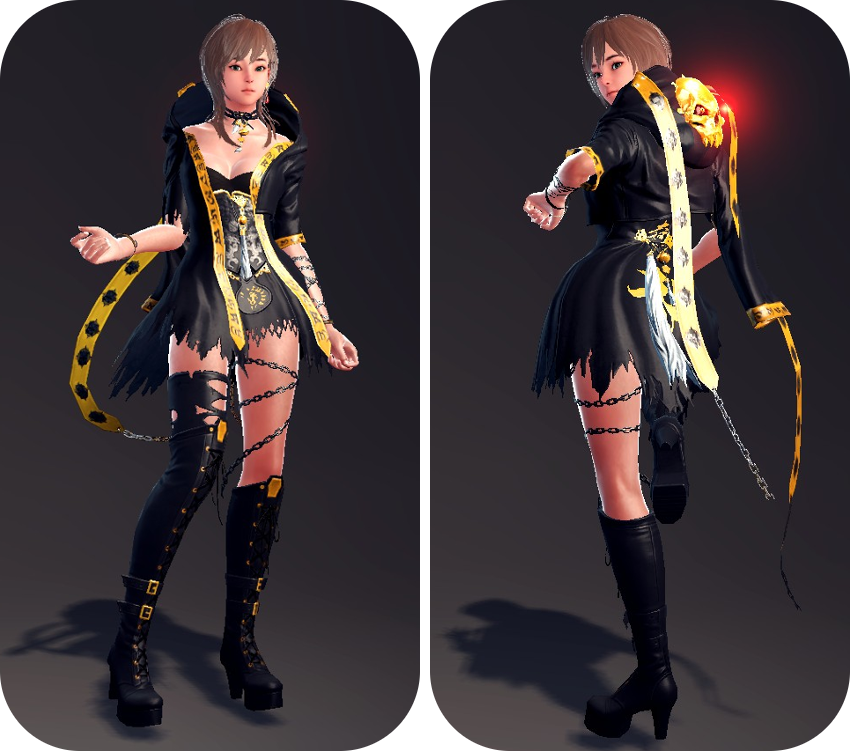 Men also have their own Necromancer outfit to wear! With the same tattered robes, simple sandals, a necklace of chains and orbs and a fearsome, insect-like mask, this outfit is the picture of intimidation. The glowing, sinister skull on the back of the outfit puts the exclamation point on this menacing look. 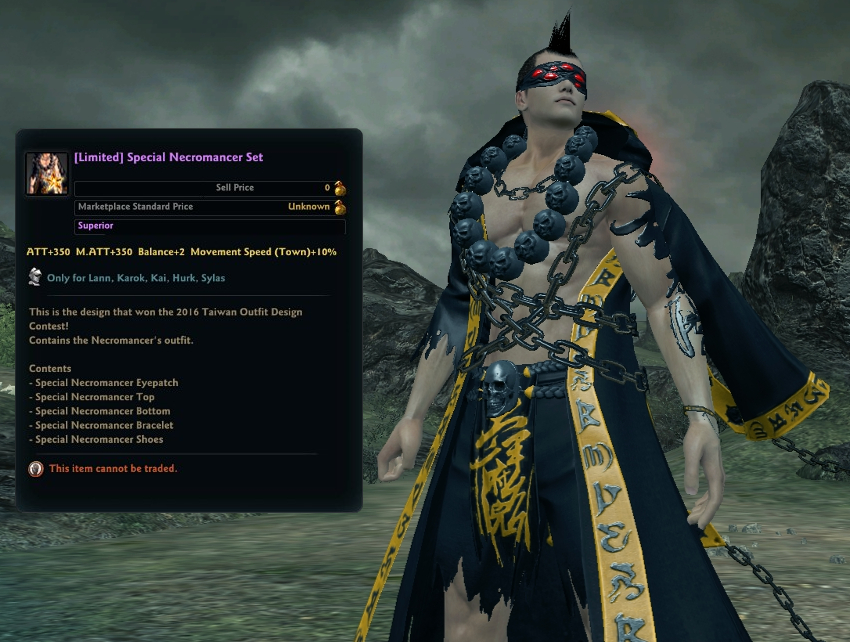 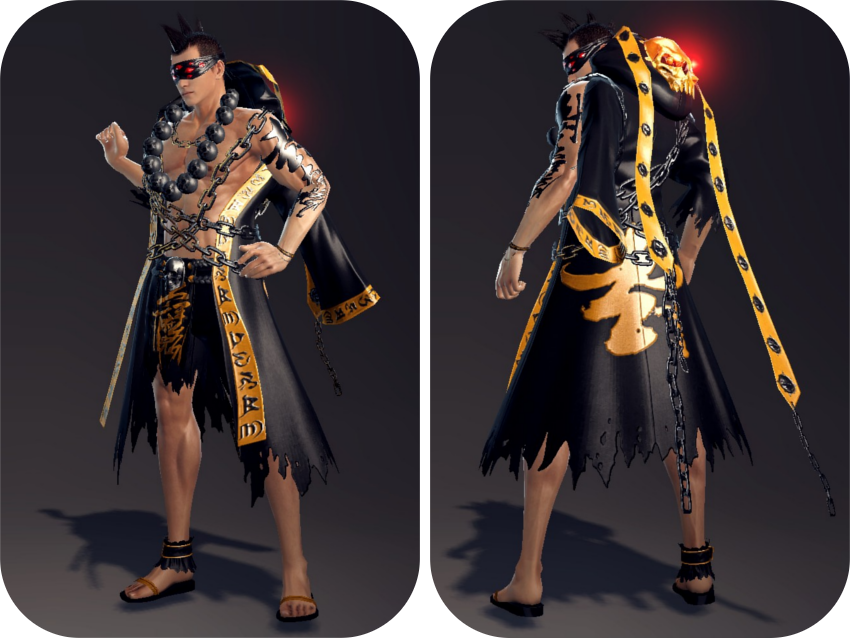 We're also revamping the Battle Box system with the Halloween update, replacing all four of our previous Battle Boxes. The brand new Vindicator's Box now contains the Essence that comes from all the bosses in Season 3, with a few important changes.

First, many of the non-Essence items within the new Vindicator’s Box are Airtight! These items can be traded to other players or placed on the Marketplace for sale once in case you, for some reason, don't need another Cadet Badge. You'll also receive a Vindicator's Coupon, which can be exchanged for a variety of utility items, or for a different Limited outfitter every month, starting with the Special Necromancer Set!

But even better than that, this new Battle Box has a greatly increased chance of providing one of the Essences, including the highest quality Essences possible! Check out the full list of items below and enjoy! 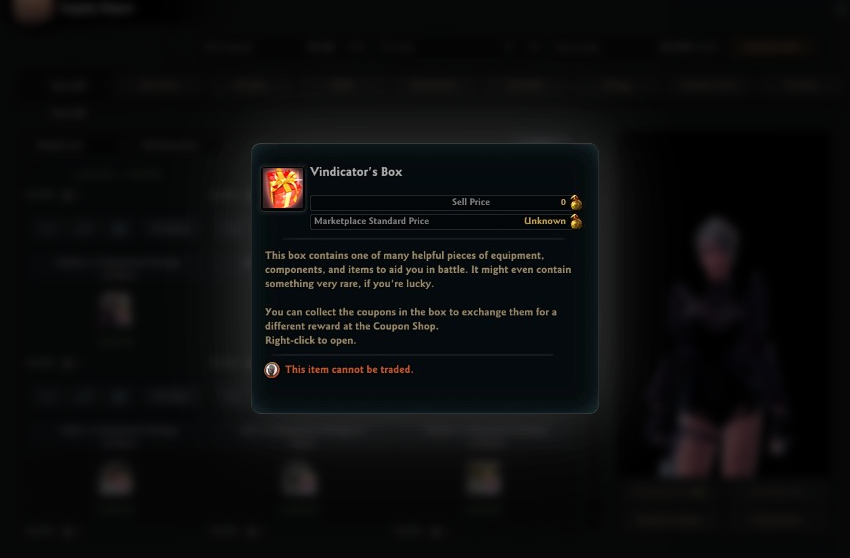 Don't forget though, next Monday is Halloween, and we're bringing out a treat with the bright Orange and Green hair colors! Any hair purchased with these colors will last past the end of the sale, so grab a new style and wear it with pride! 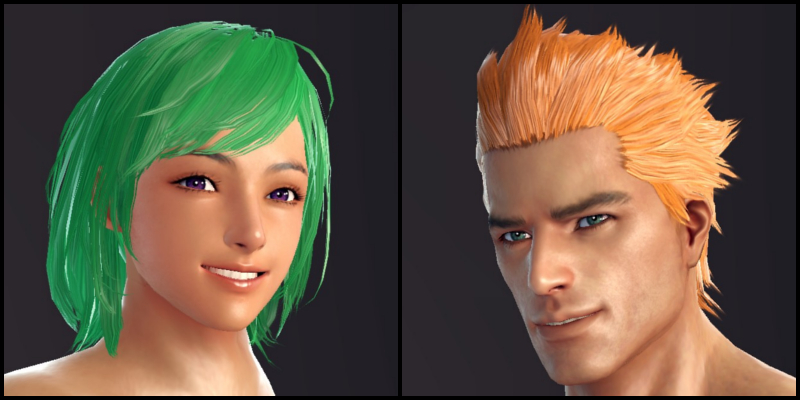