[UPDATE] Back to Niflheim Events

UPDATE: The Exchange Shop for Gallagher's Golden Winter Dice Game currently has an error where the purchase limits for Server Megaphones, Goddess Graces (Party) and Brynn Elixirs do not reset every 24 hours. With our next update, we will correct those limits and the Exchange Shop will remain open until the maintenance on Wednesday, January 18th, to allow you to purchase those items as intended.

Please note: You will not be able to gather or use Gallagher's Dice after the maintenance on Wednesday, December 21st, so make sure you complete as much of the event as you can until then!

The Abyssal Arena might be the headline, but there's plenty of fun events to serve you for the next month! Return to Niflheim for better rewards, earn Ancient Coins for the Enchant Scroll you want and more! Seven events for your consideration come with the Abyssal Arena update, check them all out below!

It's time to head back to Niflheim and get those Bracelets fully empowered! Take down Niflheim bosses and claim coupons that you can use to trade in for a variety of rewards, including boxes with Diamond, Sapphire, Ruby or Emeralds guaranteed! 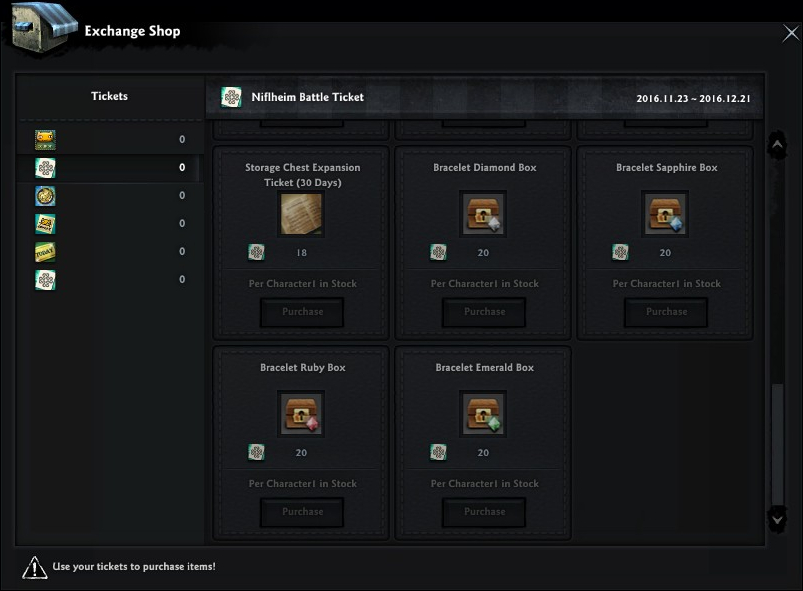 The Enchant Scroll Exchange Event is back to help you Enchant your equipment with the most powerful effects possible, without having to rely on random drops! You'll have four weeks to gather up more Ancient Coins to stock up on Enchant Scrolls! 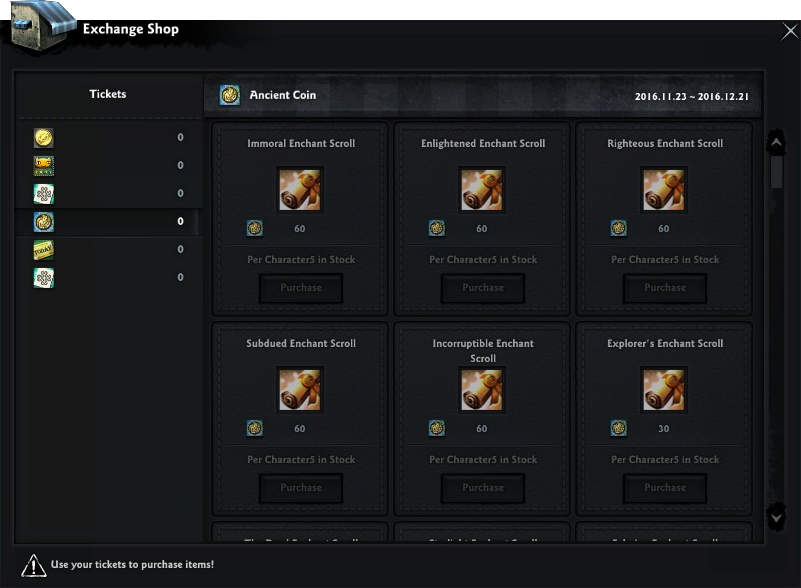 By completing certain Raid Battles, you'll earn Ancient Coins that can be traded in for the specific Enchant you want. The more powerful the Enchant, the more Ancient Coins needed, so make your purchases wisely. You'll have until December 21st to claim your Enchants this time around, so get a move on!

Gallagher's special board game has returned once again, with new prizes scattered across the game board! Every half an hour you're online, you'll receive a Gallagher's Die, which can be used for a roll on the brand new game board! 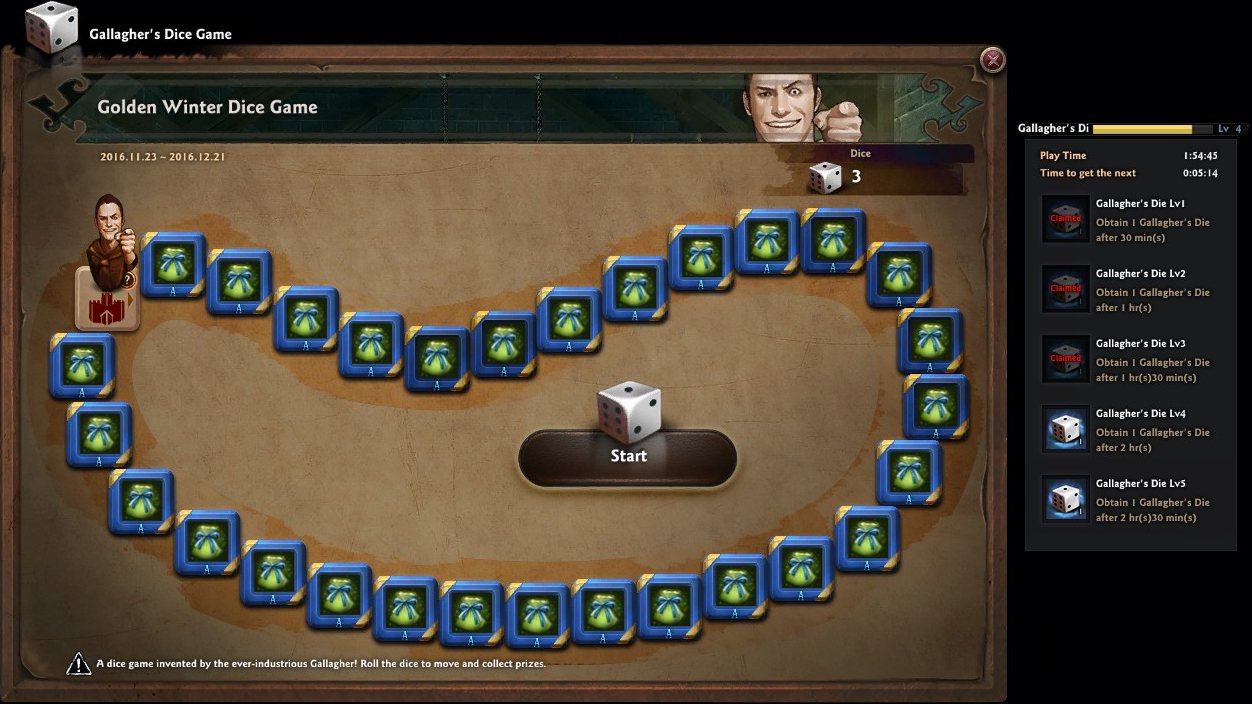 Rolling a dice will send Gallagher up to six spots along the board. Each spot you land on, save for the starting location, contains a Golden Winter Coupon Box, each of which contains up to three Golden Winter Coupons. Complete a circuit around the board and earn three Goddess Graces, and take the coupons to the Exchange Shop to claim your prizes!

You can also earn Gallagher's Dice, Golden Winter Coupons and more during our month long attendance event! Log in every day for prizes and keep on playing to claim more and more Gallagher's Dice!

If you want to get the most out of the Niflheim Bracelet Event, you're going to need to claim as many Battle Tickets as possible... and that means more Niflheim Raids! We're giving you bonus runs for the next four weeks, so you can make sure you get all the Tickets you need.

Niflheim isn't the only one getting the bonus Raid treatment! Enjoy bonus raids for Season 3 for the next two weeks!