Nuadha and Balor are the ancient gods that took part in the creation of this world. They were forgotten when they merged with this world.

Even after defeating Balor, the red moon Eweca continues to menace the world. Nuadha's revelation has revealed that another hero is needed to combat Eweca. That hero is Lugh Lamhfada, forgotten but far from dead. The Hero meets Lugh Lamhfada again and seeks his help. 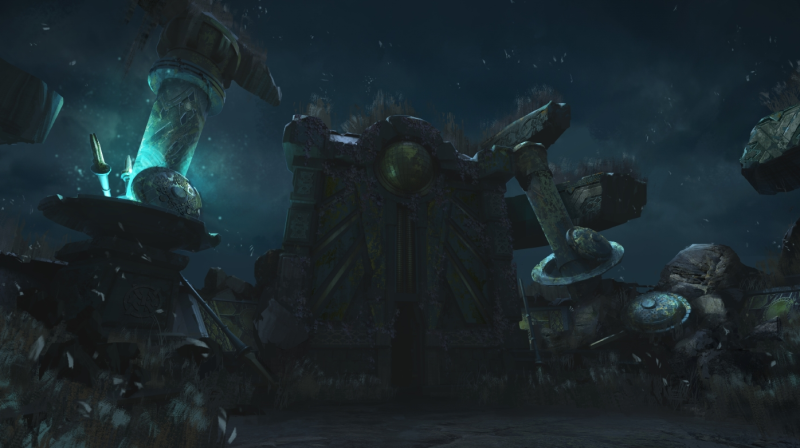 Meanwhile, Lugh Lamhfada finds his true self in a crumbling temple, seeking the reason he did not die.

The return of the previous hero leads to a rematch. The Hero and Lugh Lamhfada face off, once more. While he has lost Fragarach, Lugh Lamhfada remains a formidable opponent, armed with spear, shield, and Tathlum. 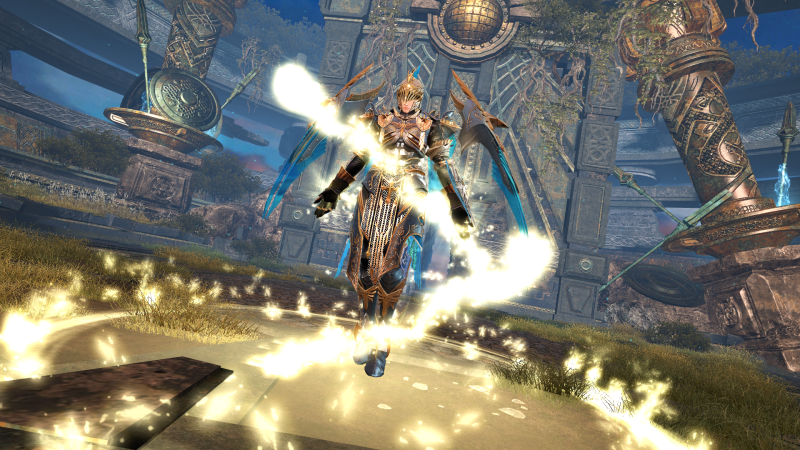 Lugh Lamhfada also has an ace up in his sleeve. When the morning sun rises, you will behold his the true form… 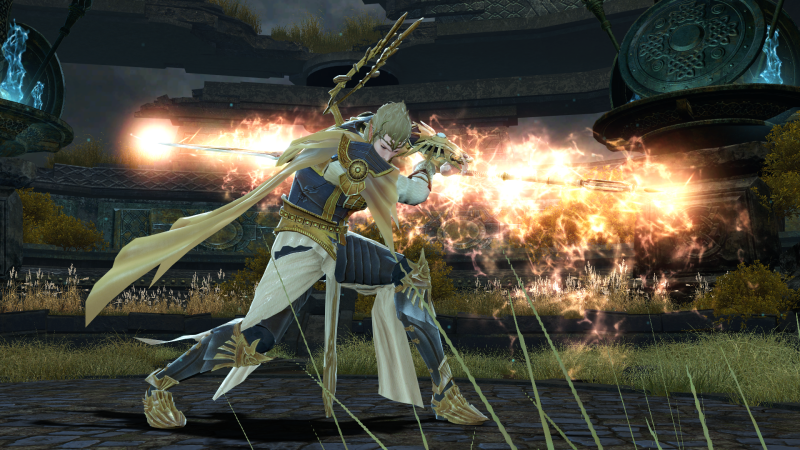 The battleground for your rematch against Lugh is a temple to forgotten gods. The fight starts in the dead of night, and rages until the morning sun rises.

Here, Lugh awakens to his true powers. And that power may come in a familiar form to you.

Though he has lost Fragarach, Lugh is not to be underestimated with his spear, Prism Shield, and Tathlum.

The spear is Lugh's main weapon. To the Hero who has continued to grow ever stronger, Lugh's spear is not as lethal as it was before. However, as the battle continues, Lugh Lamhfada will use more attacks that sweep through the battlefield. He will earn his epithet, "of the long arm".

The Prism Shield, which Heroes could previously take and use against Lugh, remains with him. Lugh can instantly block attacks and perform powerful counters with it. Even if you have some distance between yourself and Lugh, the Prism Shield's barrier can counter projectile attacks. You must watch Lugh's movements carefully to find openings.

The Tathlum is also harder to deal with now. Unlike in the past when you could focus on simply absorbing Tathlum blasts, now you must absorb them while avoiding Lugh's constant attacks and barrages. Even if you absorb enough Tathlum blasts, you may lose the energy absorbed if you are hit by Lugh's attacks. Be ever mindful. 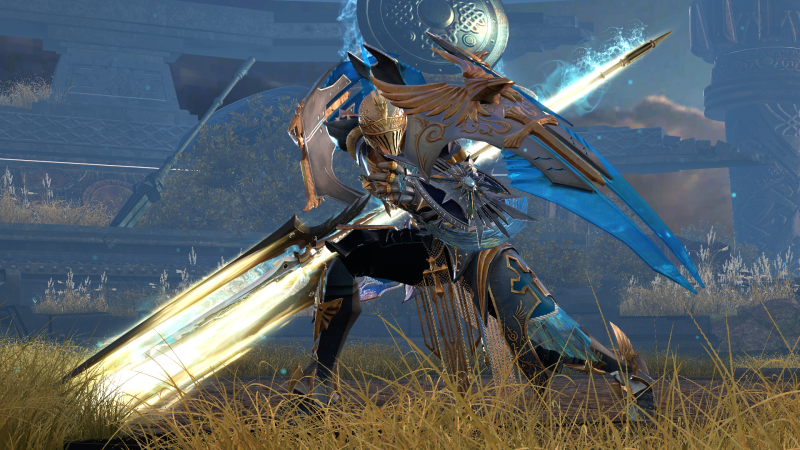