Based heavily on cooperation, it's a defensive battle that cuts off off enemy offense.

Your assignment will be to survive the powerful Fomorian Army's attack under the order of Commander Shakarr.

You can depart to Final Fortress from the Unknown Expanse, and based on the comments left on our Suggestions and Feedback Board that the it's easy to get tired from the battles, we set the departure count to a maximum of twice per week to avoid exhaustion from the battle.

You need to defend against the enemy attack three times in the Final Fortress.

Like other Royal Army battles, you proceed with 12 total allies but depending on the first, second, and third wave, you will be divided into 3, 6, and 12 people parties to continue.

During the first wave, there will be 4 parties with three members fighting in 4 different areas.

During the second wave, there will be 2 parties with 6 members fighting in 2 different areas.

Finally, during the third wave, all twelve members come together as one to fight against Commander Shakarr. 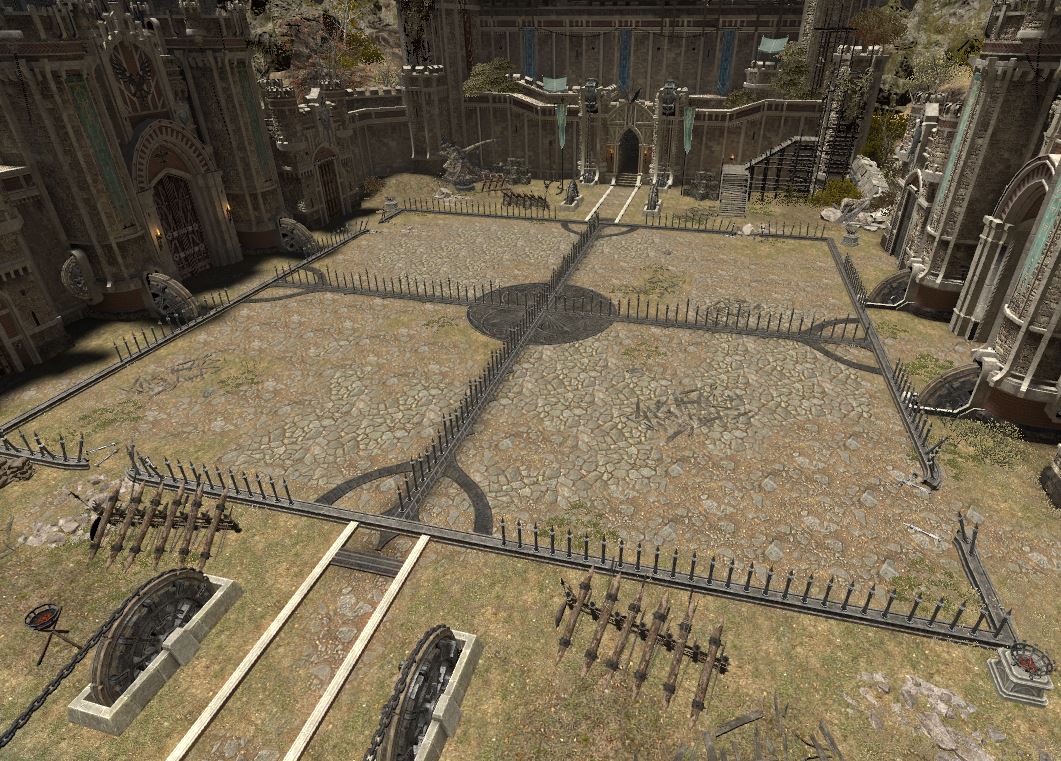 There is a way to help other parties, despite fighting separately.

If the party that you are in defeats the enemies faster than other parties, you can move to the area that has catapults and help your allies in battle.

Catapult attacks not only help allies in other parties, but also cause a status effect that deals more damage to enemies in the next wave, making it an essential element to utilize. 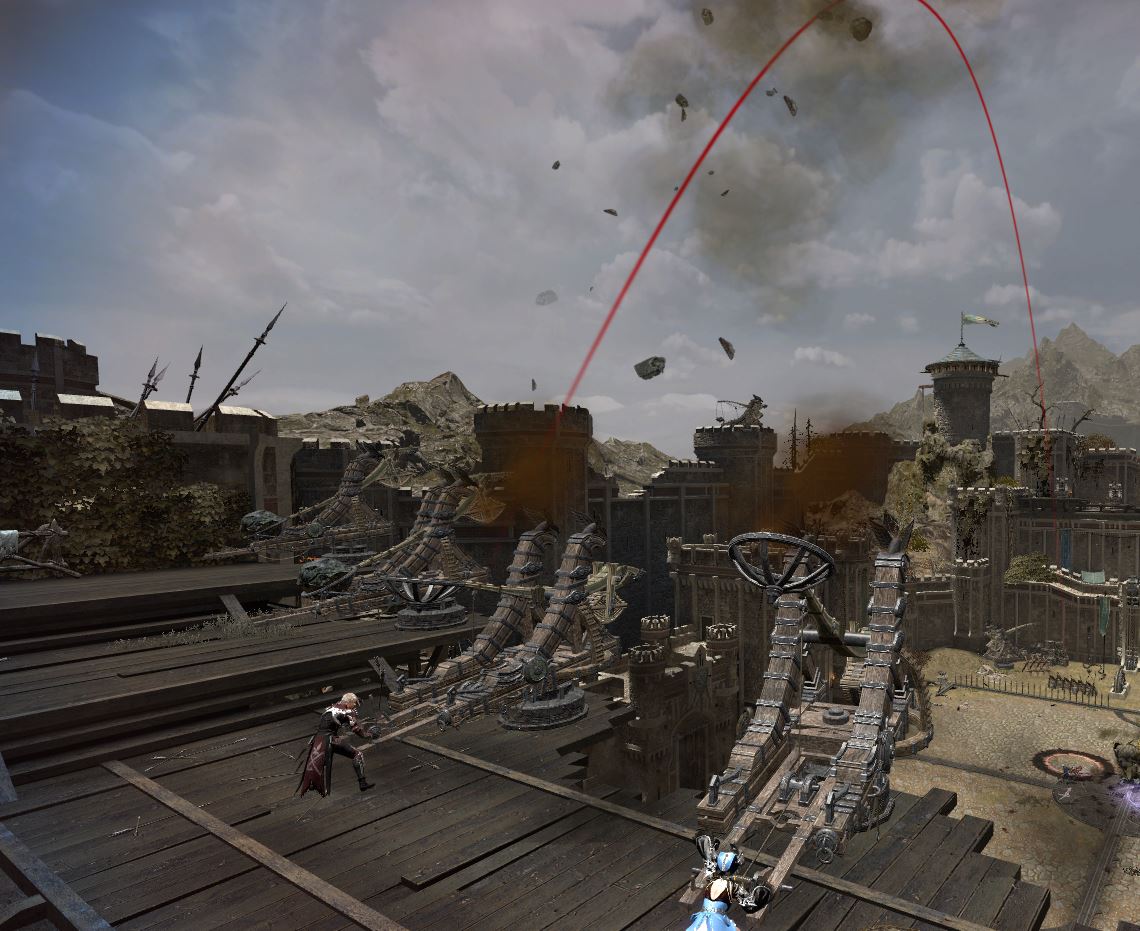 The attacks of boss monsters from each wave will be different from those experienced in previous stories.

Suitable for the total war between the Fomorian Army and the Royal Army, the enemy will be in their absolute prime that has never been seen before, and threaten the players with new attack patterns.

Be extra alert for the following attack from Commander Shakarr.

The commander's enraged attack is so powerful that it can kill his foes that are only grazed by it.

If the enraged attack begins, you will need to keep your distance and focus on dodging and defense.

Also, the enemy won't hold back in protecting their exhausted commander.

Beware the guard that protects the commander and the enemies that survive the earlier battle when they appear to help their commander. 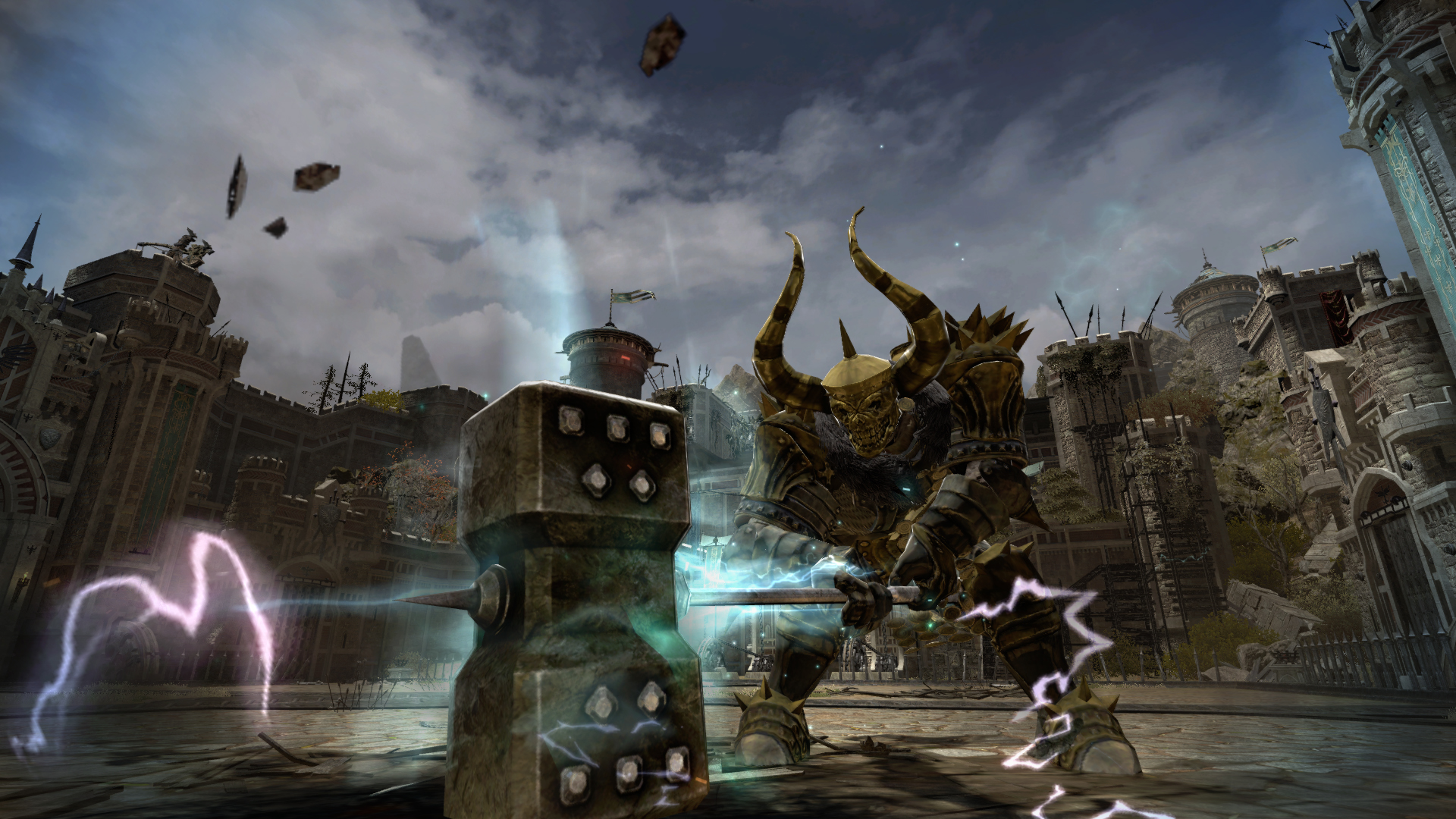 Another uniqueness of Final Fortress is that you can't be revived in this battle.

Because revival is impossible, you will need to minimize taking damage and focus on healing.

However, the following situations are exceptions that will allow revival.

If you have been incapacitated during the 1st or the 2nd wave, you will revive before the next wave starts.

Additionally, if you become incapacitated during the battle against Commander Shakarr in the last wave, you will be sent to the Catapult.

From there, you can't participate in the battle yourself but can still help your allies until the end.

You can earn additional Army Seals depending on the amount of damage you dealt to the boss. We plan on making the collected seals tradeable in the Exchange Shop for various items such as Mysterious Shards, Abyssal Shards, and TP Potions.

As for drop items, you will earn a box that will grant one random item, such as Rank A Skill Awakening Material.

(The probability of obtaining Rank A Skill Awakening Material is very low.)

Please check for the finalized list of items you can trade for and drop items after the update.

We will do our best to provide you a fun experience with the first battle of Royal Army Total War that will be updated soon.

Thank you for always supporting Vindictus.