Greetings from the Vindictus team!

Our newest raid is called the "Dialectic of Death."

After a hard-fought battle against Romel in Topaz Hall,

Milo, the King of Erinn, blocks the heroes before they can reach Taratha Cathedral.

Through the goddess Macha, Milo gained a forgotten - and forbidden - power.

This made him far stronger than any human... but corrupted his mind along with his body.

In order to complete his contract with Macha, Milo makes a request of the heroes.

When they can't see eye to eye with their friend, they are forced to face off against him as the new raid boss! 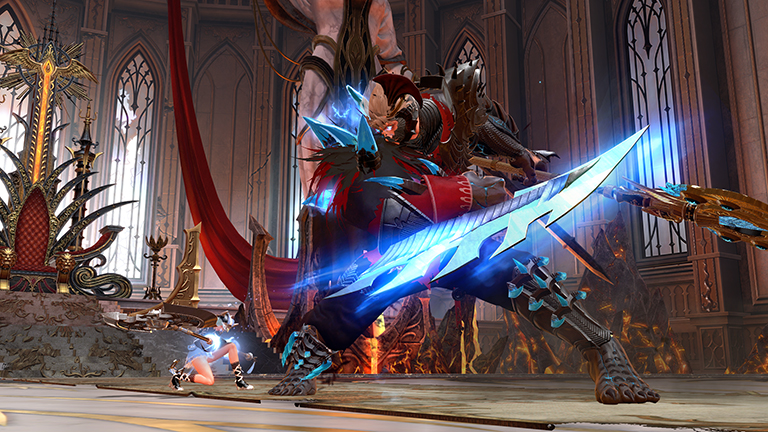 <Milo attacks the heroes with his claws>

With devastating claws on his right hand and an arcane staff in his left, the King of Erinn wages war through overwhelming force and insidious sorcery.

The King fights like an army unto himself, ruling the battlefield if the party isn't working together. His numerous attacks require adapting to his tactics. 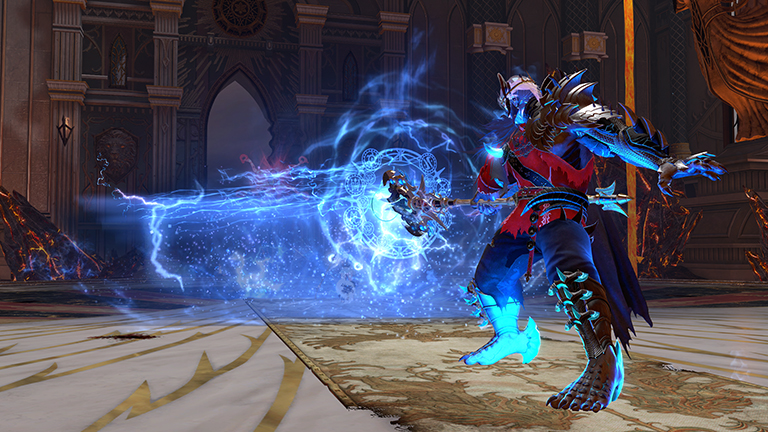 When the battle reaches its midpoint, Milo harnesses the power of a fallen god to force open the door to the Other World.

The ominous flames that burst forth from that gateway present seemingly inescapable death to the heroes.

Yet, they can evade this inferno by sheltering in sudden magical Rifts, created by a Mysterious Power...

(...whose identity you will discover during the course of the story!) 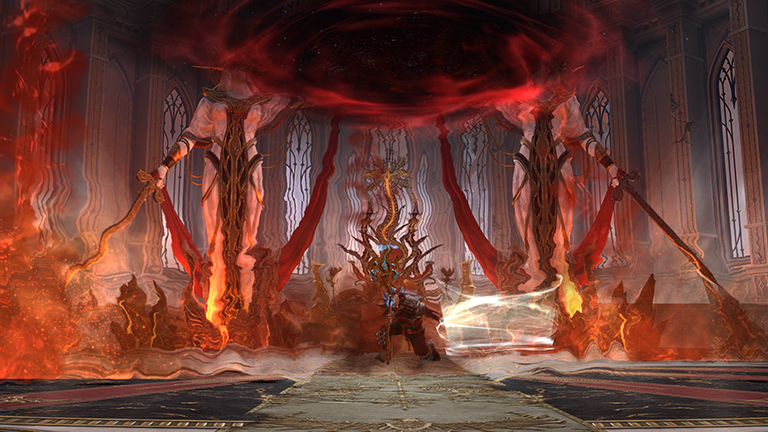 <Milo attacks by opening the door to the Other World>

As the battle with the heroes continue, Milo unleashes a surge of divine power and mutates into a powerful form.

This transformation also summons a flaming stele to incinerate his opposition. The heroes must cooperate if they hope to survive this final onslaught. 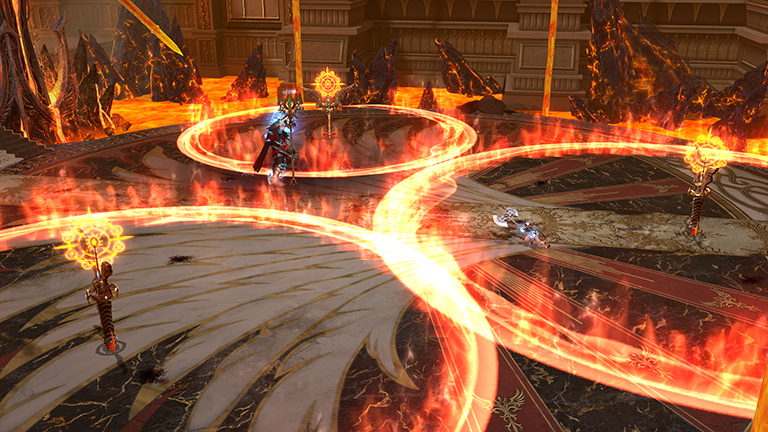 After defeating Romel, the heroes move onward towards Macha.

Yet none other than King Milo, their former ally, stands in their way.

In order to complete his contract with Macha, Milo sought a power far exceeding human potential.

Pointing his staff menacingly towards the heroes, they all realize this clash was inevitable.

Meanwhile, Spinos and Iset are preoccupied with thoughts of what once was...

A past awaiting to be unearthed from beneath setting sun and windswept sand. 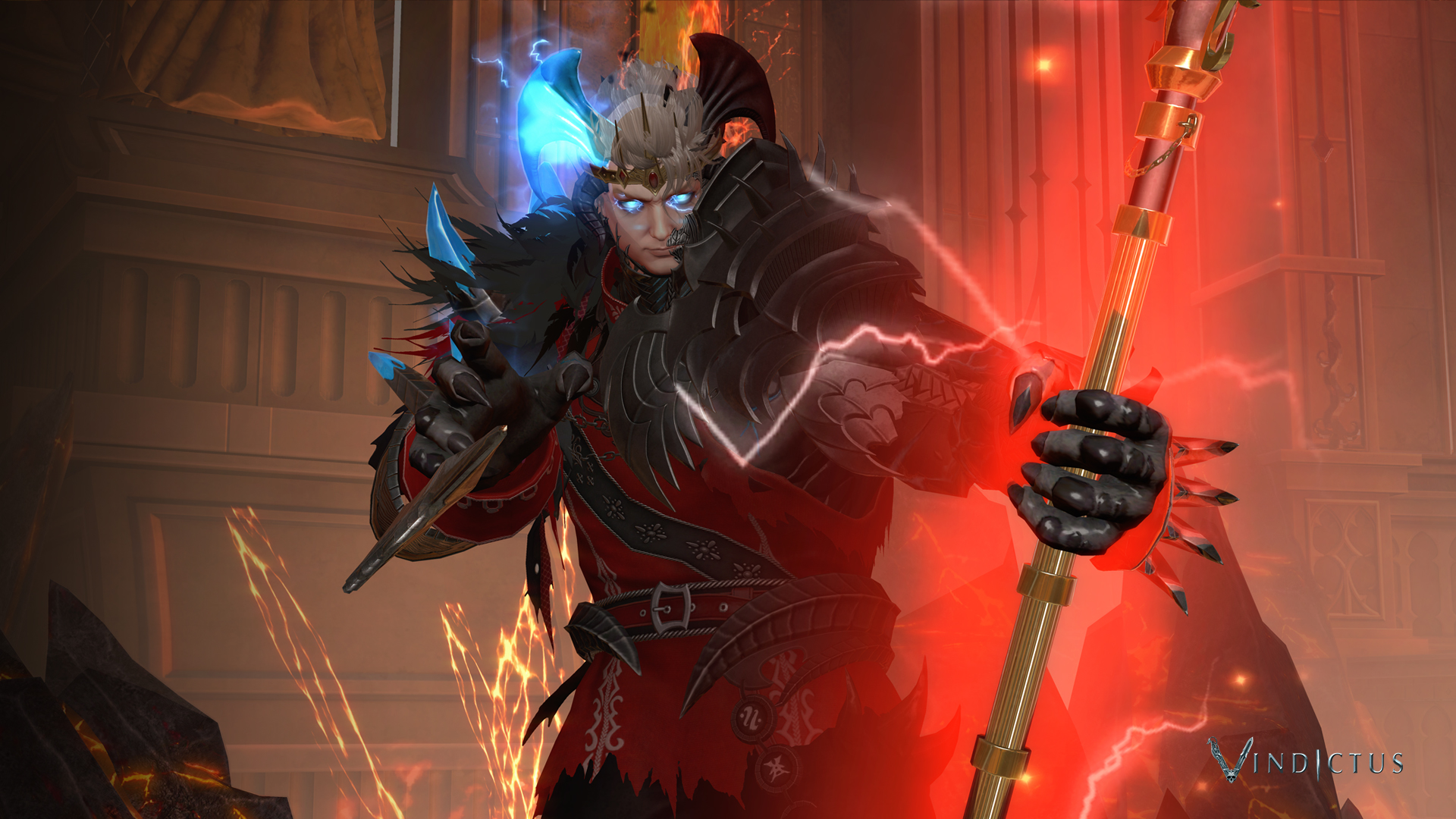 Milo finally reveals himself upon the throne.

His throne, his domain... and he has been watching all along.

He summons a power wrought by divinity,

to take what he desires by birthright and blood.

He has shown himself willing to destroy any who dare interfere.

A newly empowered King Milo faces off against the heroes. 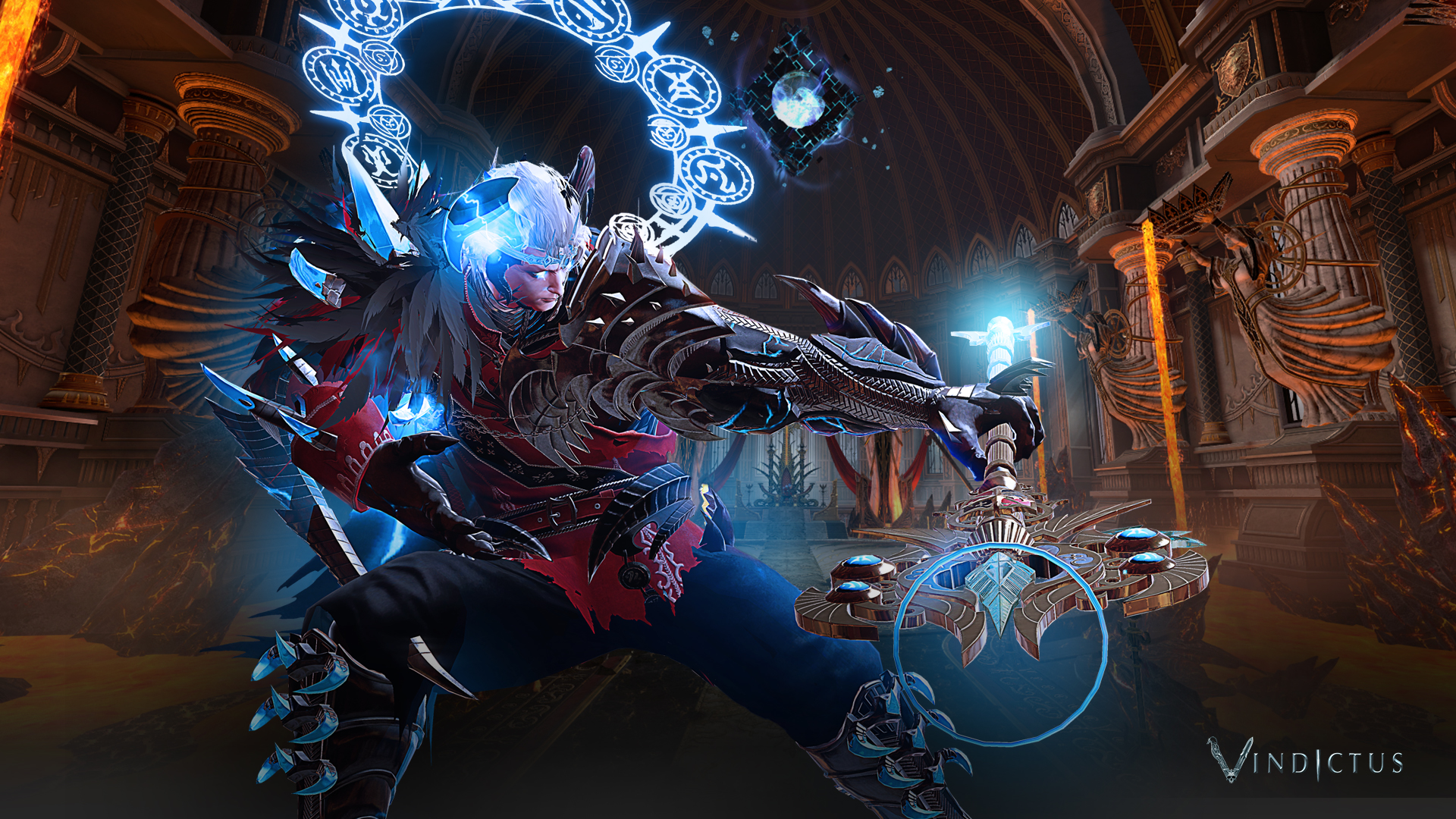