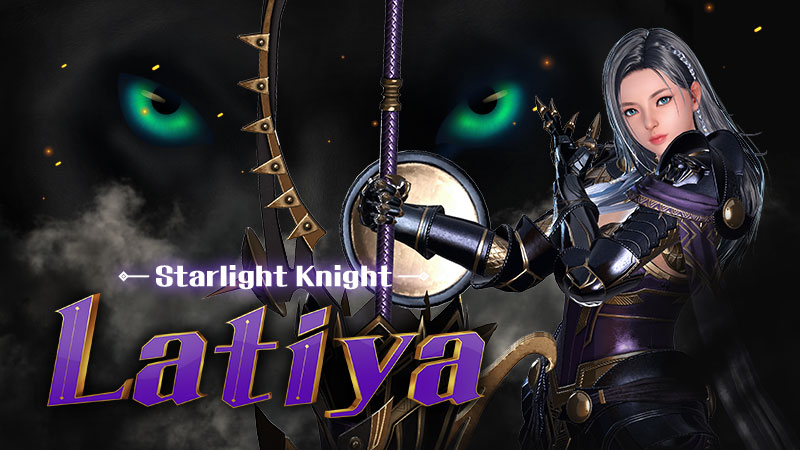 Latiya grew up in the dangerous jungles of the southern continent, trained to be the world's greatest hunter. Yet she was always obsessed with knights jousting on horseback, and dreamed of becoming one someday.

From her tribe she has gained the Kuja, a magical chain hook that she can summon from her hand. This allows her to quickly navigate the environment, to both elude and chase down prey. She pairs this with a lance, and while unorthodox, this creates powerful combos that only Latiya can perform.

She left the jungle and spent much time in her pursuit of the knighthood, training and competing in the popular jousting tournaments around the kingdom of Delshire. She met those who would come to care for her, and help in her quest. Unfortunately, this ended in mystery and tragedy that the player can investigate over time.

In the present, Latiya appears to have partially made peace with those lost days. She now seeks to live by the ideals of a knight, saving others, even if she did not truly earn the title. She wishes to be as starlight, which her tribe uses to guide others to safety.

She arrives in Colhen after rescuing a string of people, though her magic has grown so powerful that she accidentally destroys the surrounding environment whenever she does. The villagers do not quite know what to think of the young woman who seems so stalwart at some times, but so heartbroken at others.

<Click the image to see story clip of Latiya>

Latiya is a knight-errant and magical master of the joust.

The Kuja, her mystic chain hook, hurtles her around the battlefield while marking her prey.

She then brings her lance to bear, striking even more solidly against those she has marked... with explosive results.

Dual wielding these magical weapons, she walks the path between merciful defender and merciless hunter. 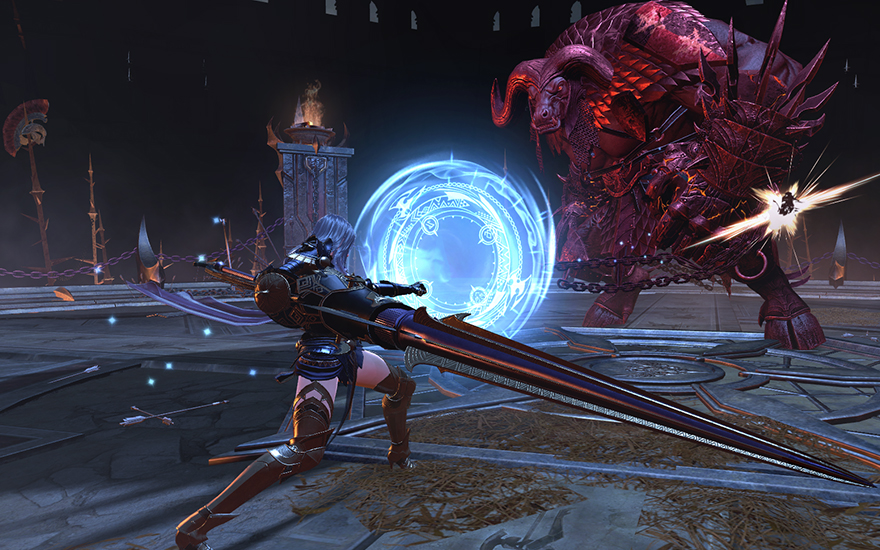 Her exclusive weapon, the lance, embodies her love of knights. She carved her first from wood, so was well used to them when she later discovered friendly jousting competitions. She now wields the metal lance of Roland, a knight who saved her as a child.

Latiya is not only strong enough to swing lances around in one hand, but she can summon the magical Kuja chain hook with the other to joust against her adversaries without the need of a horse.

"Eusi Kuja" is the name of her tribe, the Black Claws, and is designed to marry the best techniques of dodging and deflecting damage. This is similar to Latiya herself, who has learned to combine the best traditions of hunters and knights. The tribal detailing on the more armored elements further compliments this bridging of two worlds into a unique and beautiful ensemble.

Stout Heart, named for her sister Lua's good advice, is a set of medieval full plate. This blackened armor caused jousting fans to cheer her as the "Panther Knight" whenever they watched the sport. The solid, interlocking plates are complimented by a unique leopard skin instead of the traditional tabard. Her friend Marie further decorated the armor with the symbols of Latiya's tribe. 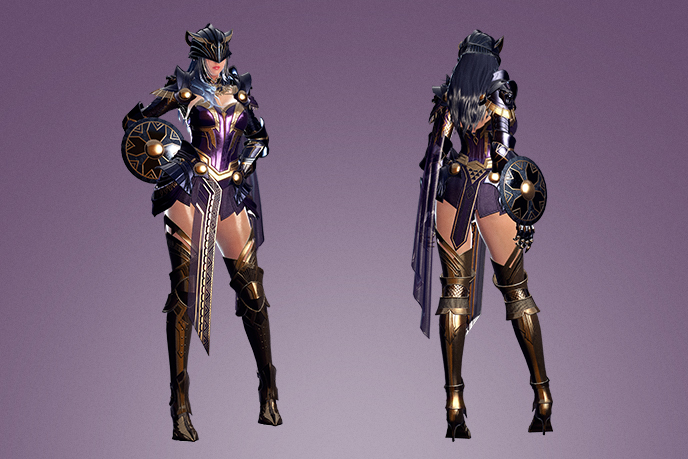 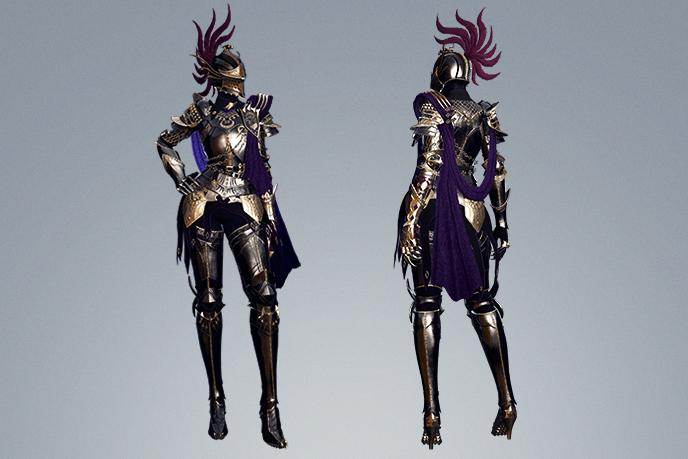 Latiya's Skills (See the footage by clicking the skill name)

Lion's Rage
Imbues the lance with magic and performs a swing, an upward slash, and finally a thrust. Additional inputs after the skill activation can alter the attacks that combo out of the skill.

Snake Coil
Unleashes the Kuja, her magical chain hook, to attack nearby prey. This covers a large area, and landing a successful hit can restore stamina with Kuja's Strength.

Light of Kuja
A counterattack that can follow certain other moves, this allows Latiya to both dodge attacks and land some of her own at the same time. Successfully striking someone can combo into further strikes, and evading an enemy's strike at the precise moment can combo into even more powerful attacks.

Panther Pounce
Unleashes a flurry of furious strikes, with the Kuja and the lance working in harmony. If the first strike lands successfully, the enemy might be instantly dispatched.