The war against the Fomors has shifted to the offensive. As the Royal Army leads the charge against the Fomor horde and pushes into territory long lost to humanity, the path ahead grows darker, more bizarre, more... wrong. The next chapter in the story of Vindictus has arrived with the Lochlann: Plains of Corruption update! 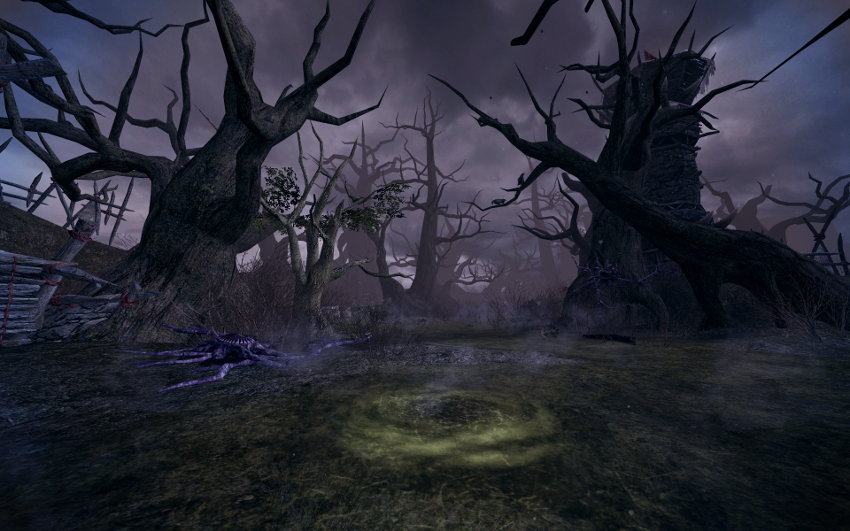 Long ago, Lochlann was a thriving town, filled with humans on an expansive plain. Then the Fomors came, driving the humans out of their homes. But now, ever since the Fomors took claim over Lochlann, something else has taken hold, corrupting the very earth and spawning creatures not meant for this world. 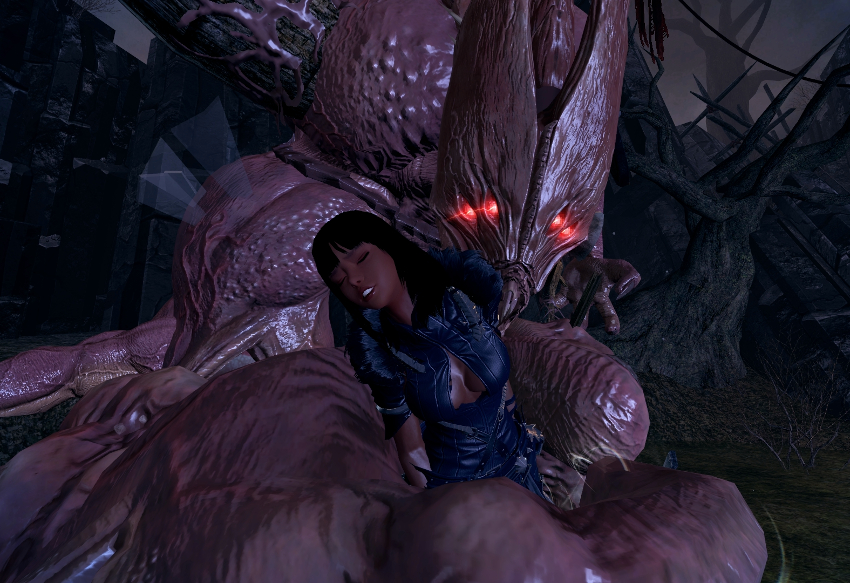 While some have their own theories about the corruption that has taken hold on the Lochlann Plains, the truth may only be found with hard work, an open mind... and a lot of luck. Those who have completed the story through Lugh Lamhfada should report to Marrec in Colhen to restart the story! 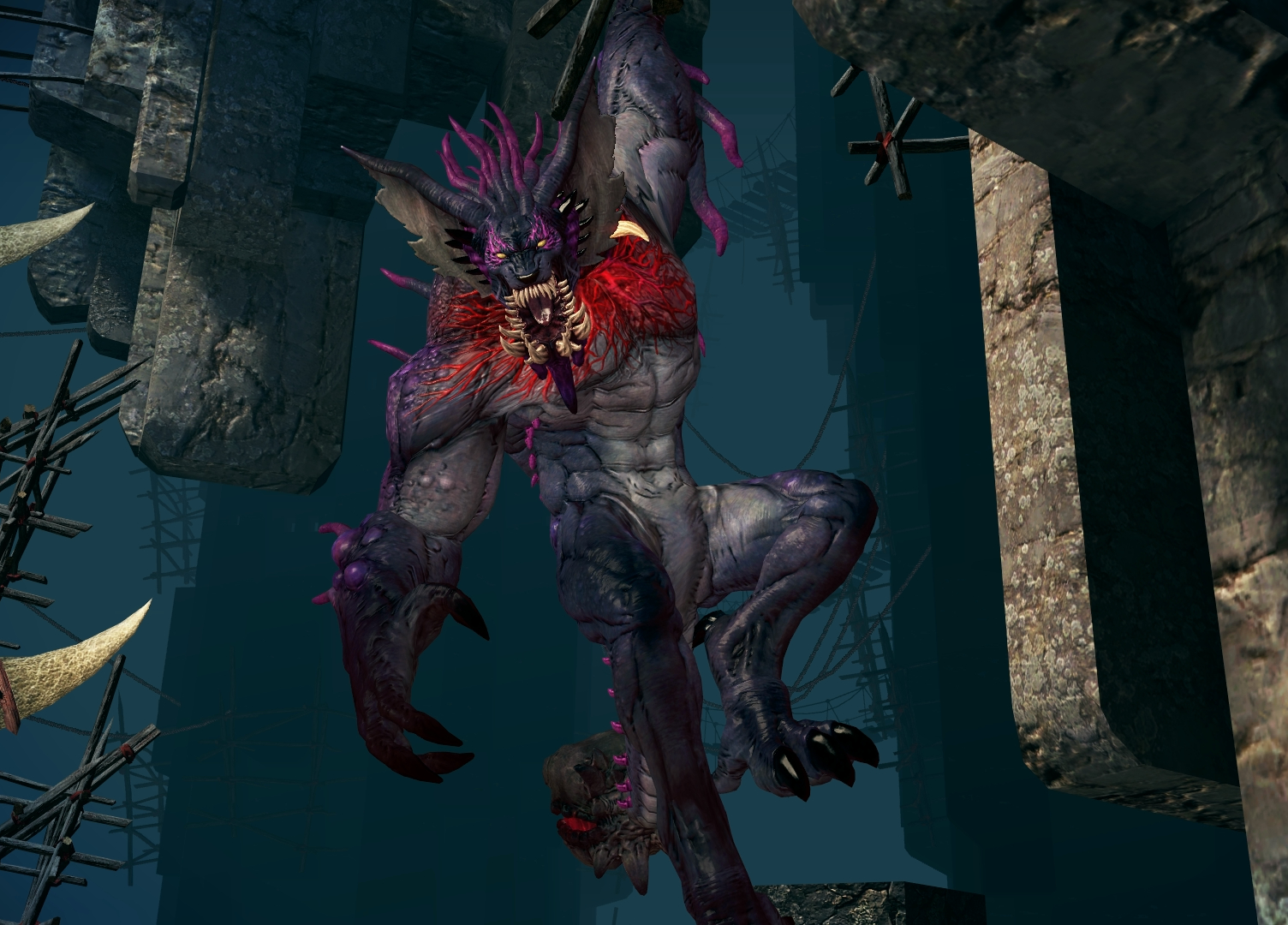 Deep below the plains of Lochlann lies a monstrous beast, Eochaid. Over a dozen meters tall, it was a fearsome opponent long before the seeping corruption that has befallen Lochlann entered his nest... but now it has been transformed into something else entirely. 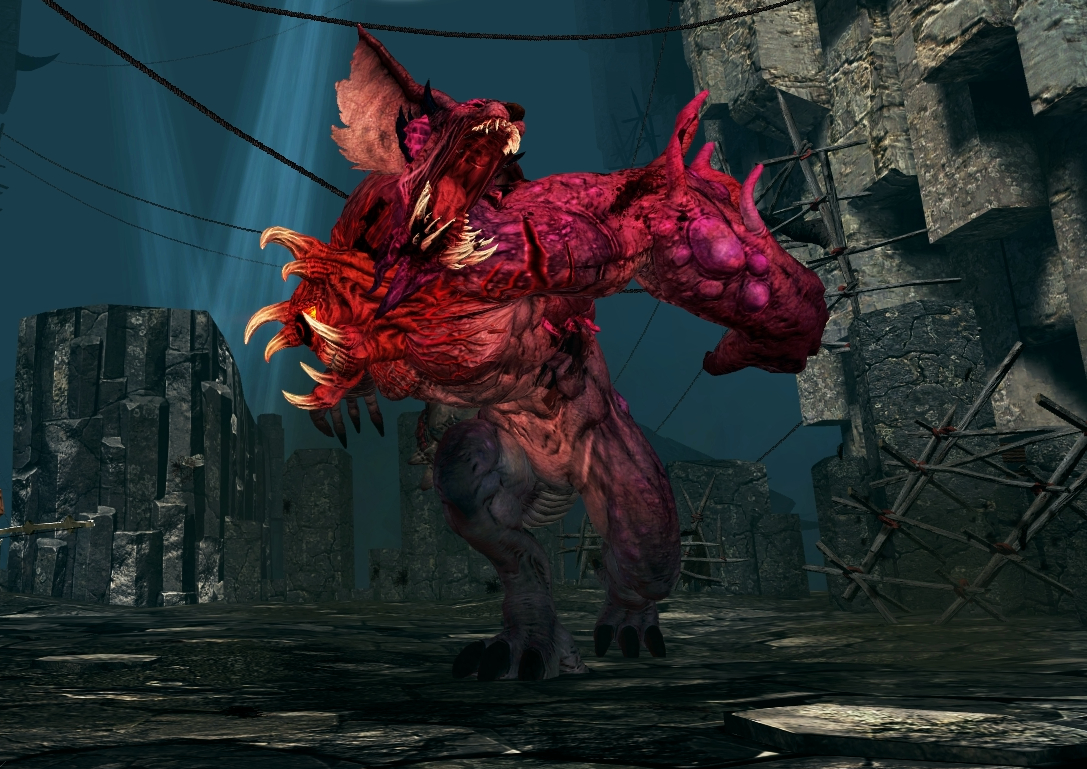 Face off against the Infected Eochaid in Vindictus' newest Raid Battle. The powerful strikes from this beast would be enough to fell even the strongest warrior, but the corruption has infused it with terrible new power. With this newfound power, it moves effortlessly obliterating foes with powerful magic and summoning minions to spread the corruption further. Only a coordinated team of mercenaries can hope to evade his strikes and disable his powers long enough to slip in a finishing blow. 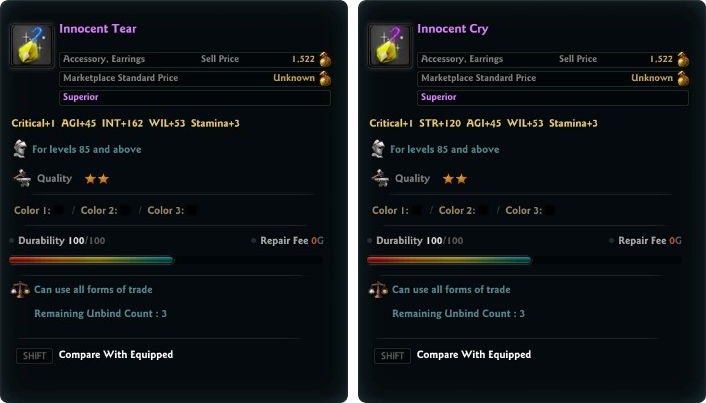 Those that manage to slay the beast may claim Eochaid's Essence, a rare and mysterious substance connected to the corruption itself. Brynn in Colhen remains his inventive self, however, and will be able to transform this essence into one of two new powerful earrings, Innocent Cry and Innocent Tear.

Enchant Scrolls in the Marketplace

With the Lochlann: Plains of Corruption update, we've lifted the restriction on selling non-Permanent Enchant Scrolls on the Marketplace! Instead of throwing a rare but unwanted scroll at the nearest vendor for a paltry sum, you're now able to list them on the Marketplace and find the scroll a good home. The scrolls will still expire once purchased, so make sure you use it promptly! 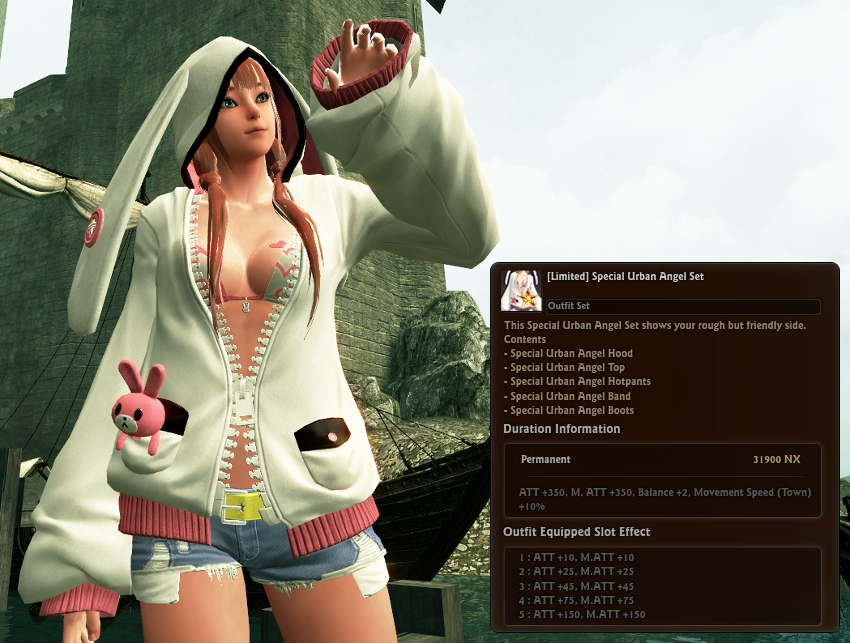 The Plains of Corruption have brought in a wealth of new items. With two new outfits in a modern style, a new type of Enhancement Stone to boost your odds, a pair of high-value packages and more, there's plenty to enjoy with the outfits below!

See all the new items in the Urban Punk and Angel Sets post. 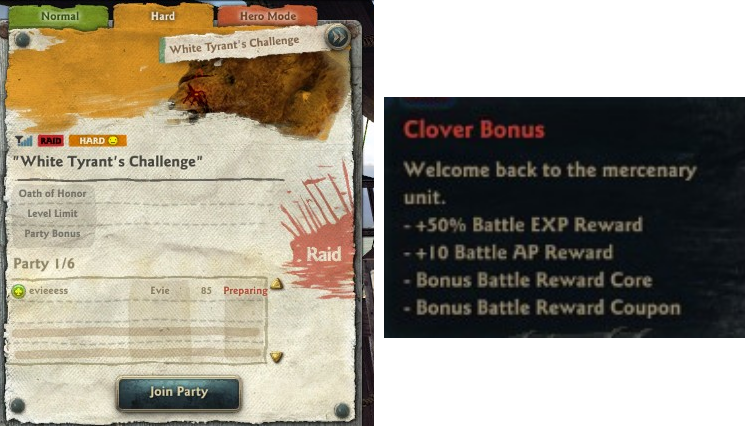 As you venture out into Lochlann's corrupted fields and beyond, you're going to need all the backup you can find. An experienced warrior at your side, a powerful spell enchanting your blade and... the finest earrings glinting in the starlight. Three events arrive for the month of June, here to help you grow stronger as the story of Lochlann unfolds.

Find out more at the Returning Warrior Events post.