UPDATE: The first weekend of Miri's EXP Boost did not properly activate as scheduled. This has been corrected, and the event will now last through Monday, December 11th as compensation.

Vindictus' 12th character has arrived in the 12th month of the year, and it's time for a celebration! We're giving away items every weekend, throwing out huge bonuses all month long, putting on a race to 95 for all the new Miri's out there and more!

It's time for a celebration as we give away special items every weekend, as well as Christmas and New Years Day! Get a special Seasonal outfit, Permanent coupons for Hair and Inner Armor, Enchant Runes, a special Enhancement Rune and a powerful ally to back you up in battle! 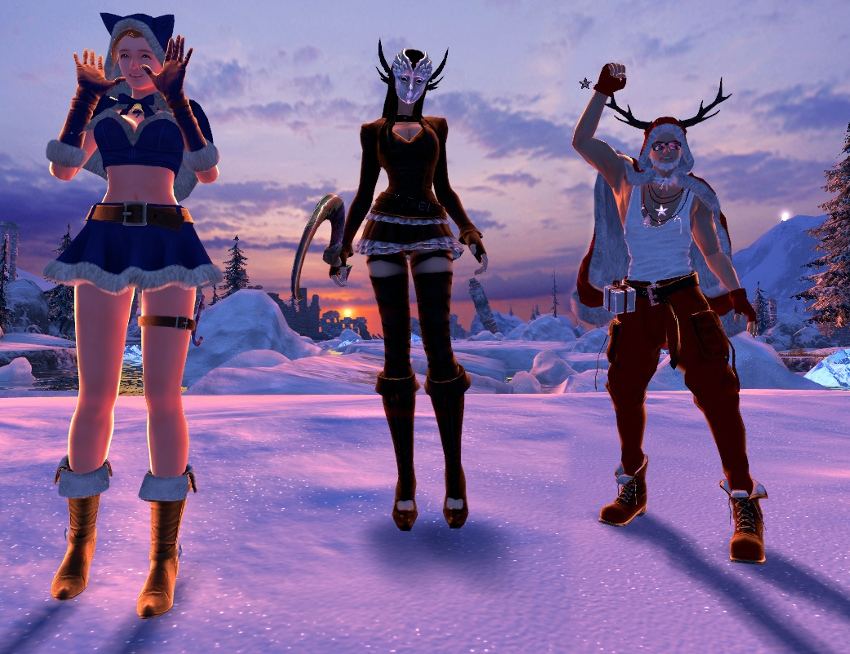 We're also putting out a series of buffs to help balance out the chaos of December, including double AP, bonus Evil Cores and Raids, discounts to repairs and Gold dyeing and more. Check it out and be sure to take advantage of the weekend long double EXP for Miri!

A well crafted and enhanced blade is a must-have for a powerful warrior, but if you really want it at full power, you'll want it enchanted with the best magics possible! The Bit Enchant Pouch Event lets you claim Bit Enchant Pouches, containing fragments of powerful runes and scraps incredible enchantments to get to full power.

It's time to bring your A game to the Royal Army Raid and prove you can tear the enemy apart just as well as the best equipped player out there! For the next month, we're boosting the stat floor for Royal Army Raids, powering everyone whose gear isn't quite there yet up to 28,000 ATT/M.ATT and 15,000 DEF!

A new character means the starting gun for a new race! Power your way up the ranks with Miri and see if you can be the fastest person to take her from Level 1 to Level 95 for a unique title no one else on the server can claim.