The 3rd Redeemers: Tempering the Sword

Prove you're worthy to wield Fragarach.

The new Redeemers boss is Brigid, the blacksmith of the gods.
Brigid forged Fragarach and witnessed the first seal.
The hero must face Brigid to learn the truth about Fragarach and strengthen their resolve.

In Redeemers, you rely solely on your skill, your allies, and your determination to survive.
Test your limits in the 'Tempering the Sword' battle where you'll face a more powerful foe than the prior two Redeemers battles.

The third Redeemers boss is Brigid, the blacksmith of the gods.
Brigid forged Fragarach and witnessed the first seal.
The Hero must visit Brigid to restore Fragarach's power, but Brigid doubts whether the Hero is worthy of Fragarach. 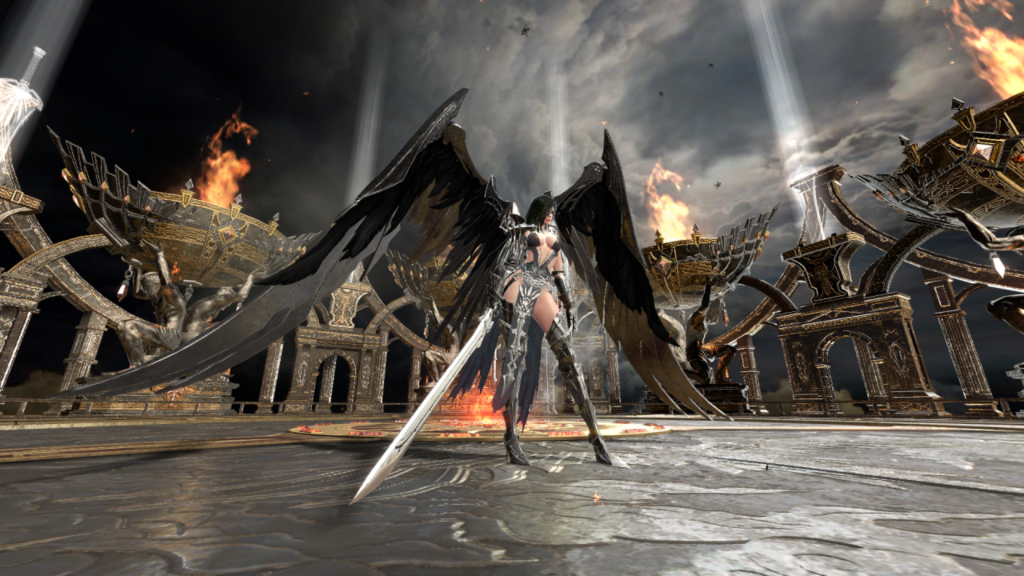 Brigid will put the Hero through a brutal challenge to determine their worthiness.
She unleashes a non-stop chain of attacks with her sword and wings.
Her powerful flame attacks, instant teleporting rear attacks, and large wing attacks will put Heroes' skills to the test.
But the battle is not impossible to win. Watch Brigid's movements closely to predict her attacks, and you'll be successful. 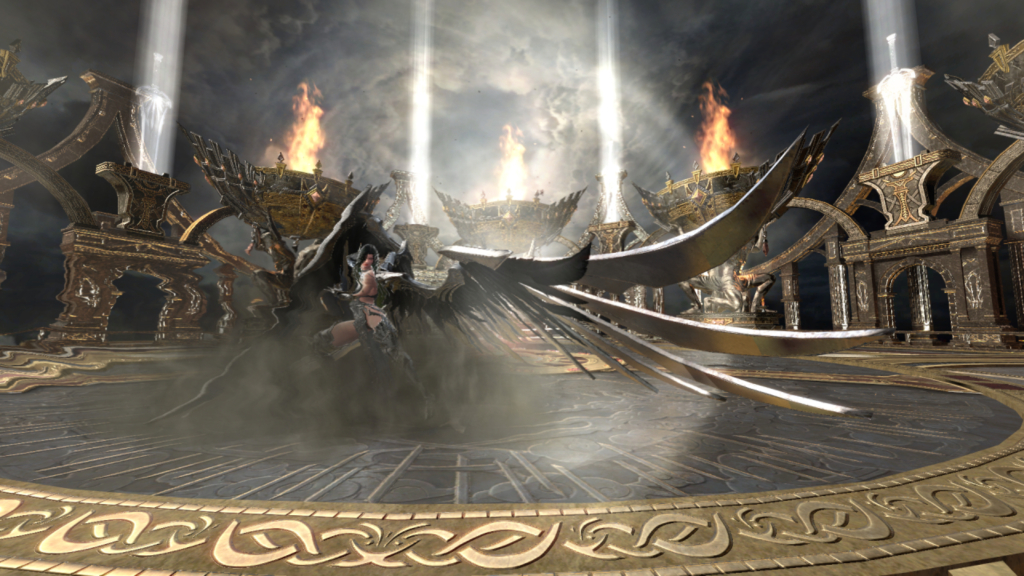 Once you pass the first challenge, Brigid will begin a second, more difficult challenge.
She will equip additional armor and imbue her sword with the heat of the forge.
After that, her sword attacks will leave trails of flame behind them.
If you are hit by these trails of flame, your battle will become far more difficult.
Also, as a blacksmith, Brigid is well versed in the weaknesses of equipment, so her attacks can easily destroy the Hero's armor.
When Brigid glows green, your best chance of winning is to avoid her. 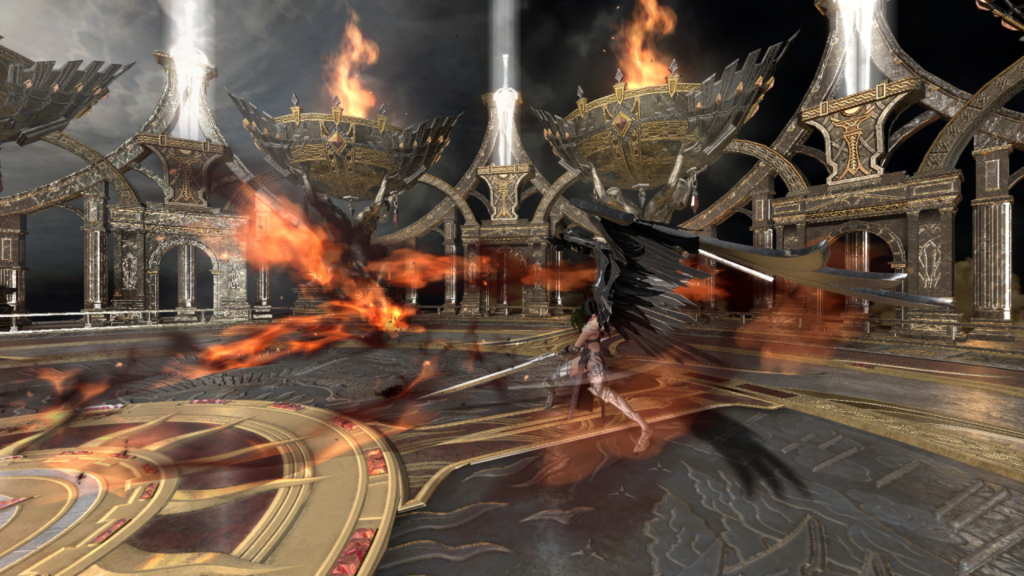 In the final stage, Brigid unleashes her full might.
Brigid fights with both enhanced versions of her prior attacks and new attacks that are more difficult to dodge.
And she will occasionally use wide-area attacks that heat up the anvil.
In those moments, Heroes must seek the open skies to survive and prove their worth. 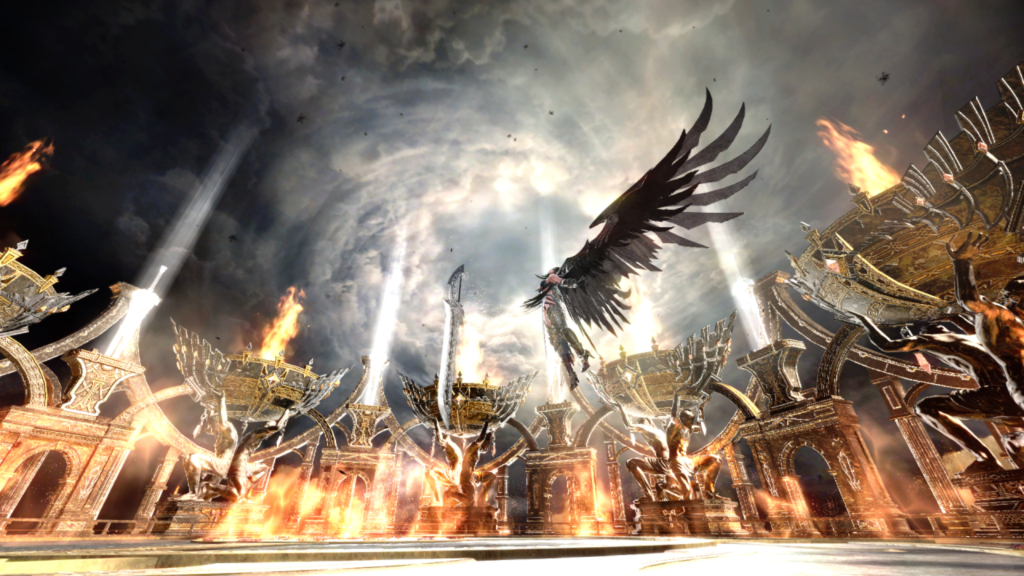 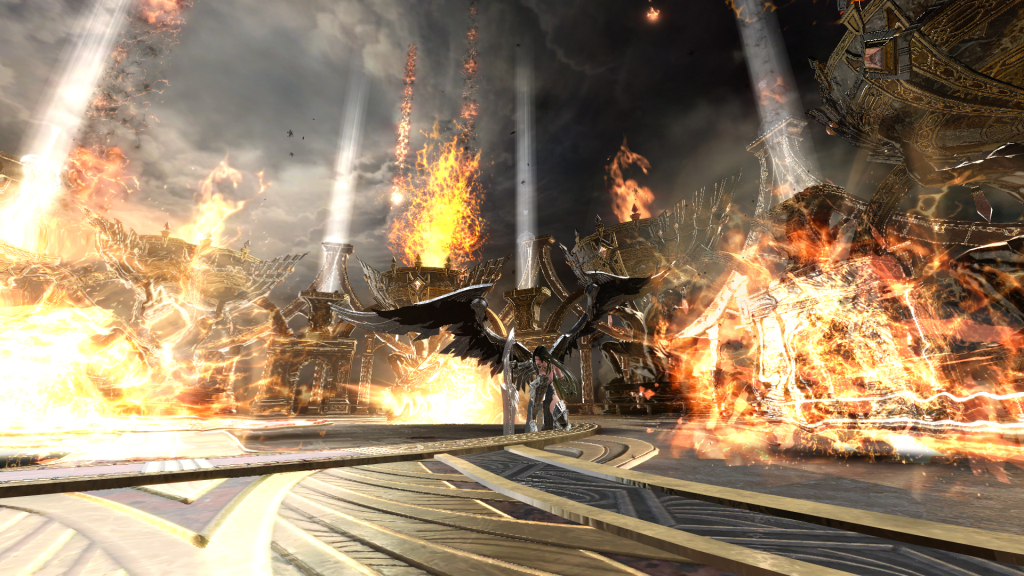