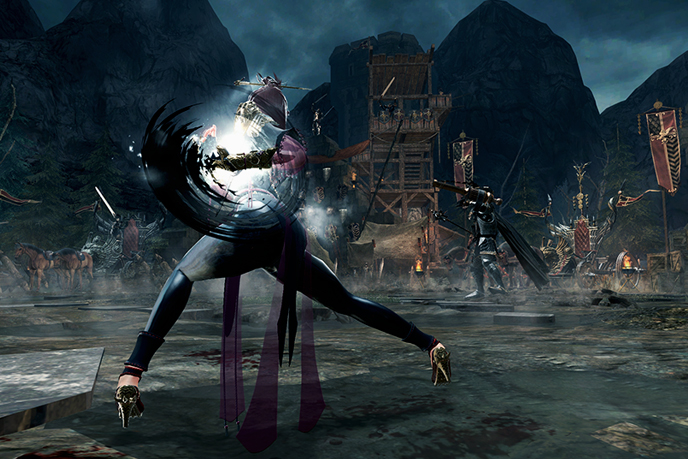 Putting her sorrows behind her,
Lethor walks her path for her clan's last mission.

Lethor was born as a member of the Auroran Servants, a clan that has the power to manipulate aura.
One day, tragedy strikes, and the majority of its members--including Lethor's parents--are lost. This prompts the young girl to focus solely on studying the gift of her clan for years.

Time passes, and while on a mission, tragedy strikes once more. Her best friend and the remaining members of her clan are gone in an instant, leaving her alone.
Rather than drown in regrets, however, she steels herself and makes her way to the site of the last mission she had been given as an Auroran Servant: Colhen.

Lethor's talent in the martial arts is enhanced by her ability to manipulate aura.
Depending on the situation, she can perform a barrage of attacks or attempt a counter after blocking an enemy's strike.
We hope you enjoy Lethor's masterful martial arts and the way she chains her punches into torrent of pain or unleashes kicks with sledgehammer might. 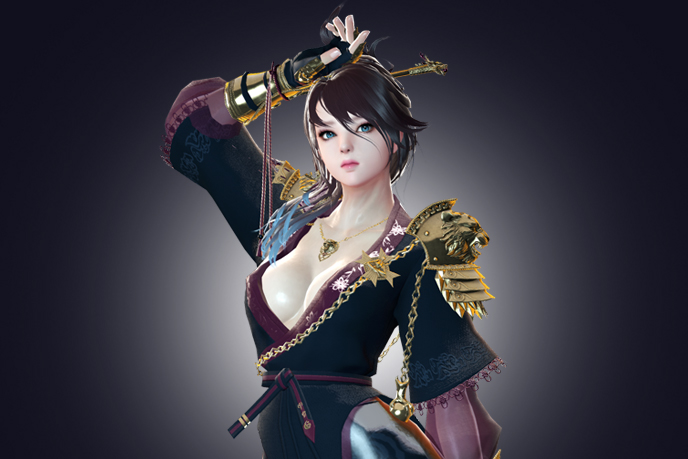 Lethor's exclusive equipment are called Crest Master and Black Gale.
The Crest Master is the traditional battle attire for the Auroran Servants, and it honors the clan's Eastern roots in its design.
The Black Gale was fitted to accentuate Lethor's feminine beauty with a modern, sleek appearance.

A skill where Lethor leaps forward and attacks enemies around her.
Lethor focuses aura around her hands and slashes through a wide area around her in a burst of power.

A skill where Lethor stomps the ground and attacks enemies with its ensuing shockwave.
Stuns enemies hit by the attack. Can perform an additional attack against enemies with a fierce flying kick.

A skill where Lethor immediately explodes with aura and launches a barrage of fierce strikes.
Lethor explodes with energy and takes stance. She can also chain consecutive attacks to deal a great amount of damage to enemies.

A skill where Lethor suppresses enemies with aura and bombards them with swift attacks.
She can instantly suppress the enemy if the first hit is successful.