A captivating bounty hunter chasing after a mysterious phantom thief.
Tessa utilizes both might and magic to keep even the most ferocious of wanted criminals beneath her boot.
Once an actress who captivated all with her drama, she abandoned her career at the height of her popularity to pursue but one villain.
Though a vision of true elegance with confidence in her every quip, there are moments of deep sadness imprinted upon her from doleful days long past.

She pokes holes into her enemies' defenses with a mystic brand that delivers searing pain with every slash and stab. These enemies become as nothing to this wayward woman, submitting to her sidesteps and crumbling before her counterattack as the brand is dispelled.
Gem magic, possible through a stone fitted into her weapon, gives her the power to mimic sorcery at its best and deadliest.
Deft dodges and myriad magic are more to her taste, but whatever your fancy... she' will still be center stage.

Cygne Rouge is armor that resembles a graceful swan.
It has been designed to fit Tessa's light and fanciful movements in battle. 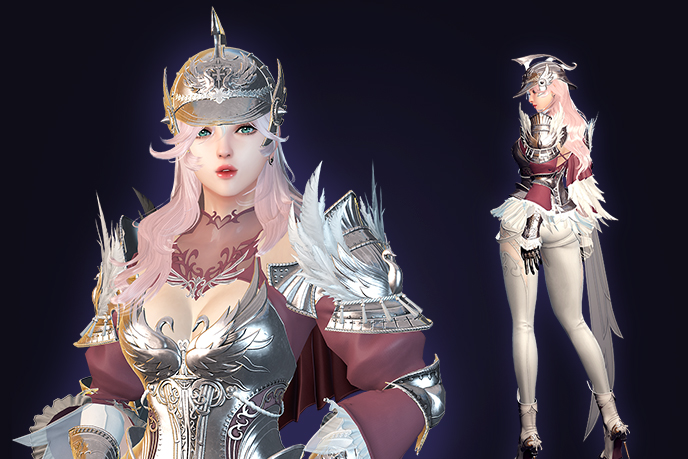 Chouette Acte is armor meant to reflect Tessa's time as an actress. It is designed with elegance and free movement in mind, and the mask adds a touch of exciting mystery. 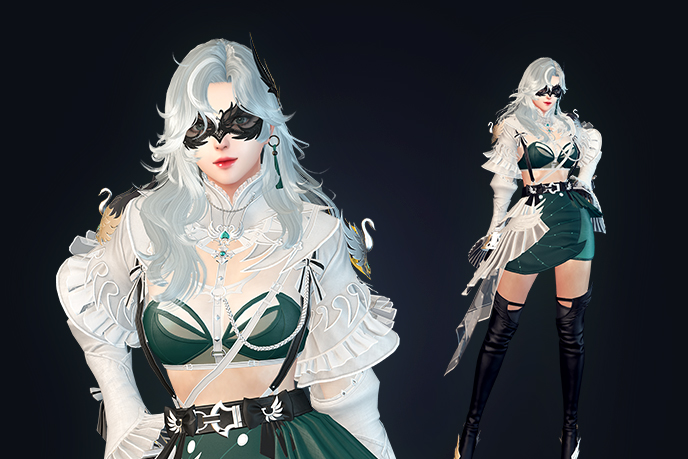 Spinel Flash
Tessa not only attacks and dodges at once,
she can also dispel a brand on her enemy for additional damage.

Diamond Doublet
Tessa instills her rapier with magic, leaps, and slashes the enemy again and again
to greatly damage them—and possibly stun them as well.

Enstatite
Tessa uses the power of gem magic to materialize multiple copies of her rapier and launch them toward the enemy,
quickly inflicting a massive amount of damage.

Swan Song
Tessa's suppression skill is a show to behold, highlighting both her extensive evasive maneuvers and the power behind her magic-imbued rapier.