This <Extra Episode: Wicked New Era> is held in the dungeon deep inside the Taratha Royal Castle.

On their way to find Claire, heroes encounters the traces of brutal torturing and experiments inside the dungeon.
Find out what actually happened in this place through main story and its related battles! 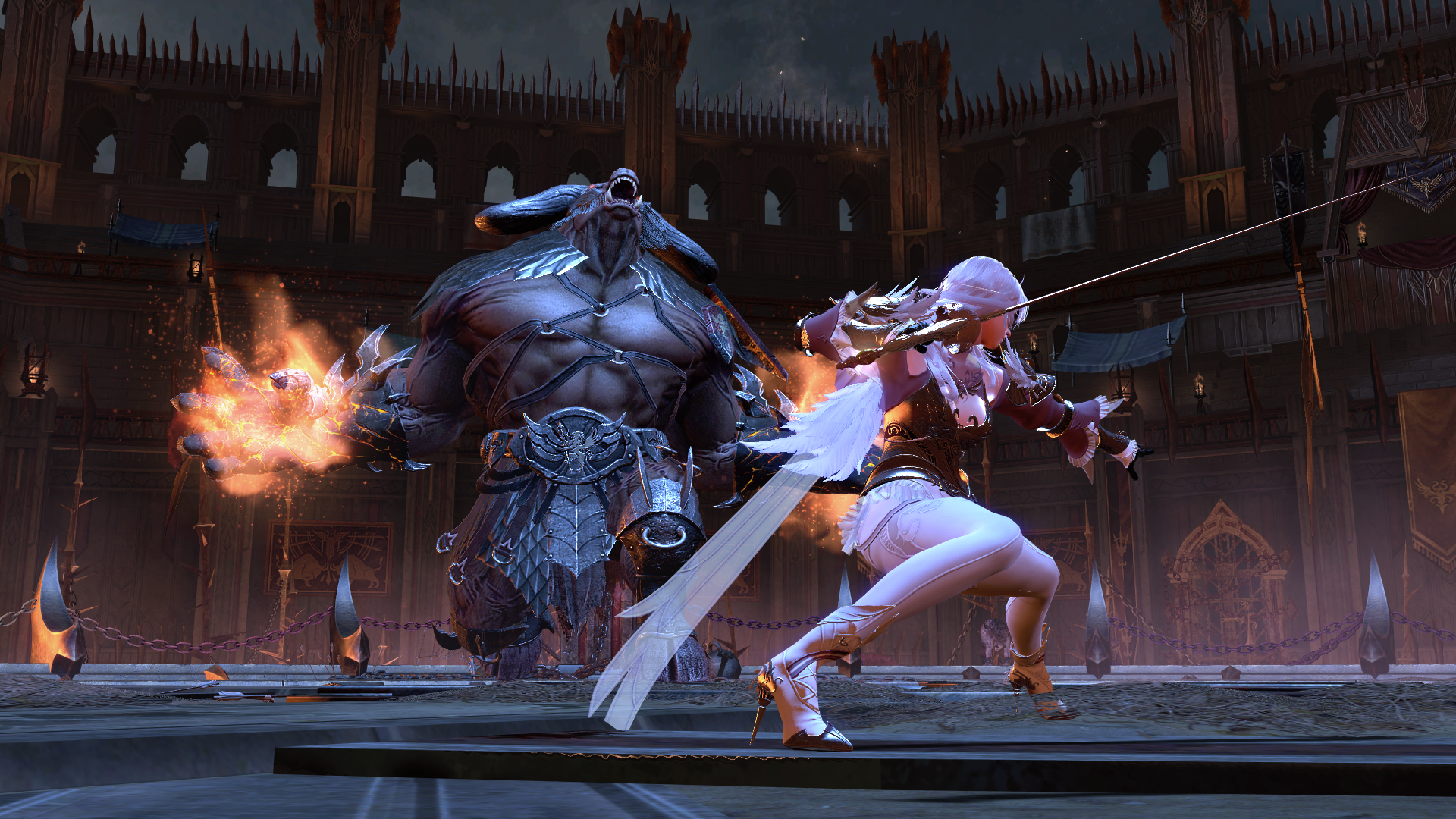 <Roaring Tarathan during the amphitheater battle against the Heroes>

Following the path after finishing off guardian soldiers of the dungeon, manages to arrive in front of a great gate.
Colossal beast 'Tarathan' awaits the heroes within the amphitheater placed behind the gates.
Tarathan by using its physical strength, starts to threaten the heroes with a heavy attacks. 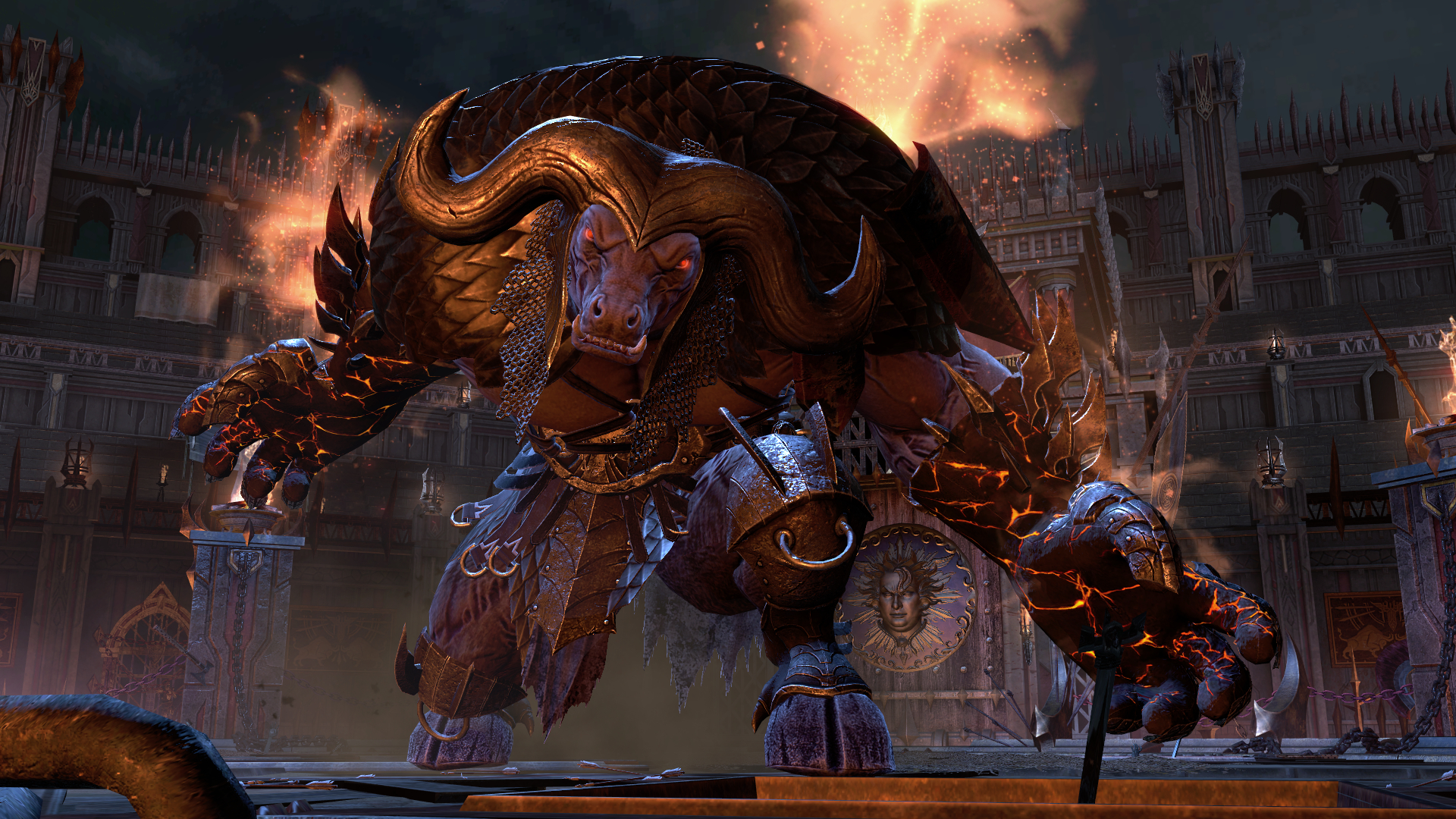 When the gauntlets get loose during the battle, Tarathan destroys the loosen gauntlets and the real battle begins.
Tarathan can be lethal with his strong physics surrounded with the unsealed power of flame. 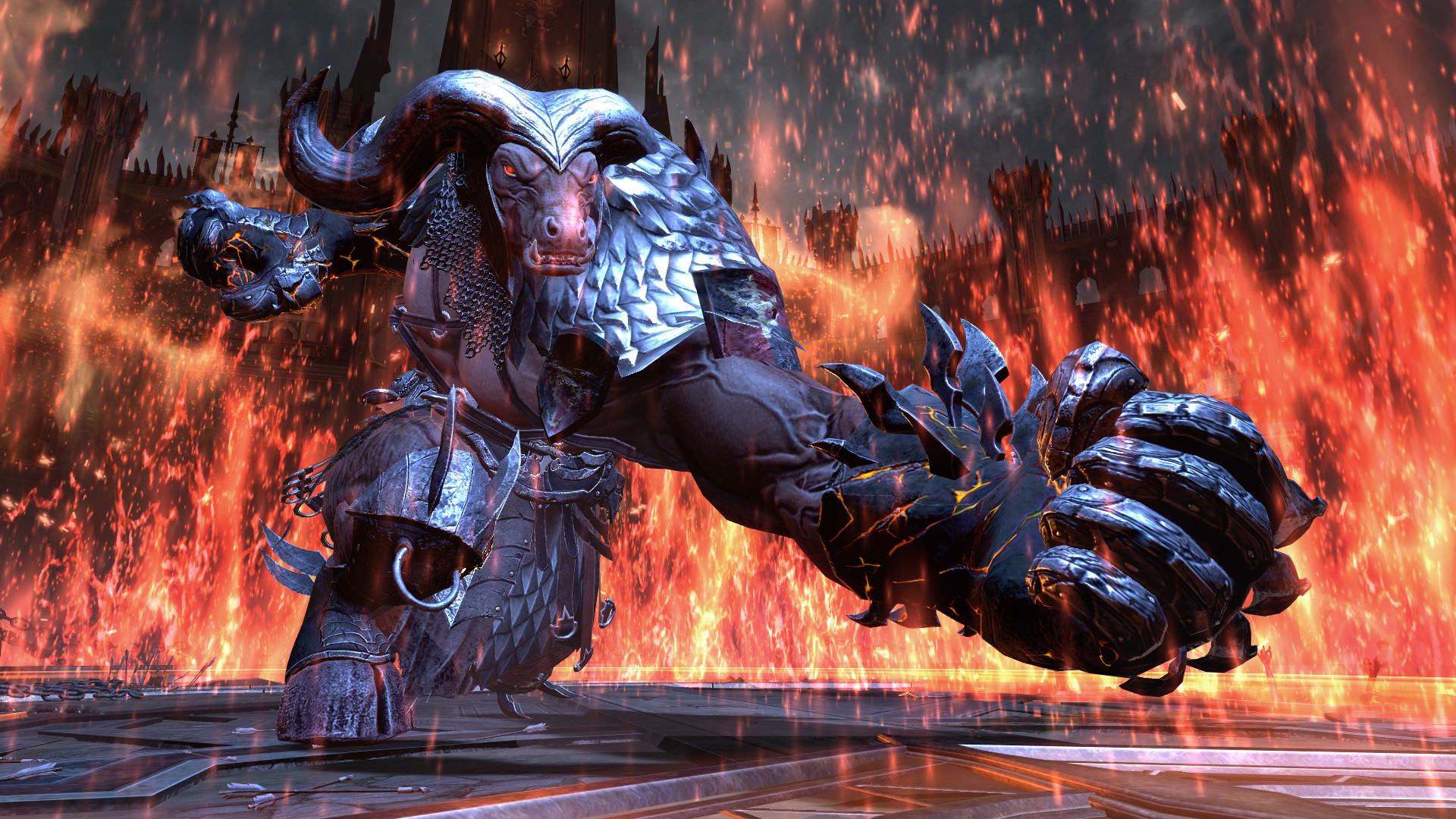 After the destruction of the gauntlets, Tarathan starts various type of attacks.
Being off guarded by its slow movements, you might just get incapacitated by his heavy and consecutive attacks. During his attack, Tarathan diffuses a flame that can cause omnidirectional damage.
Hit by the flamed fist of Tarathan or the flame diffused, you can suffer from continuous damage. 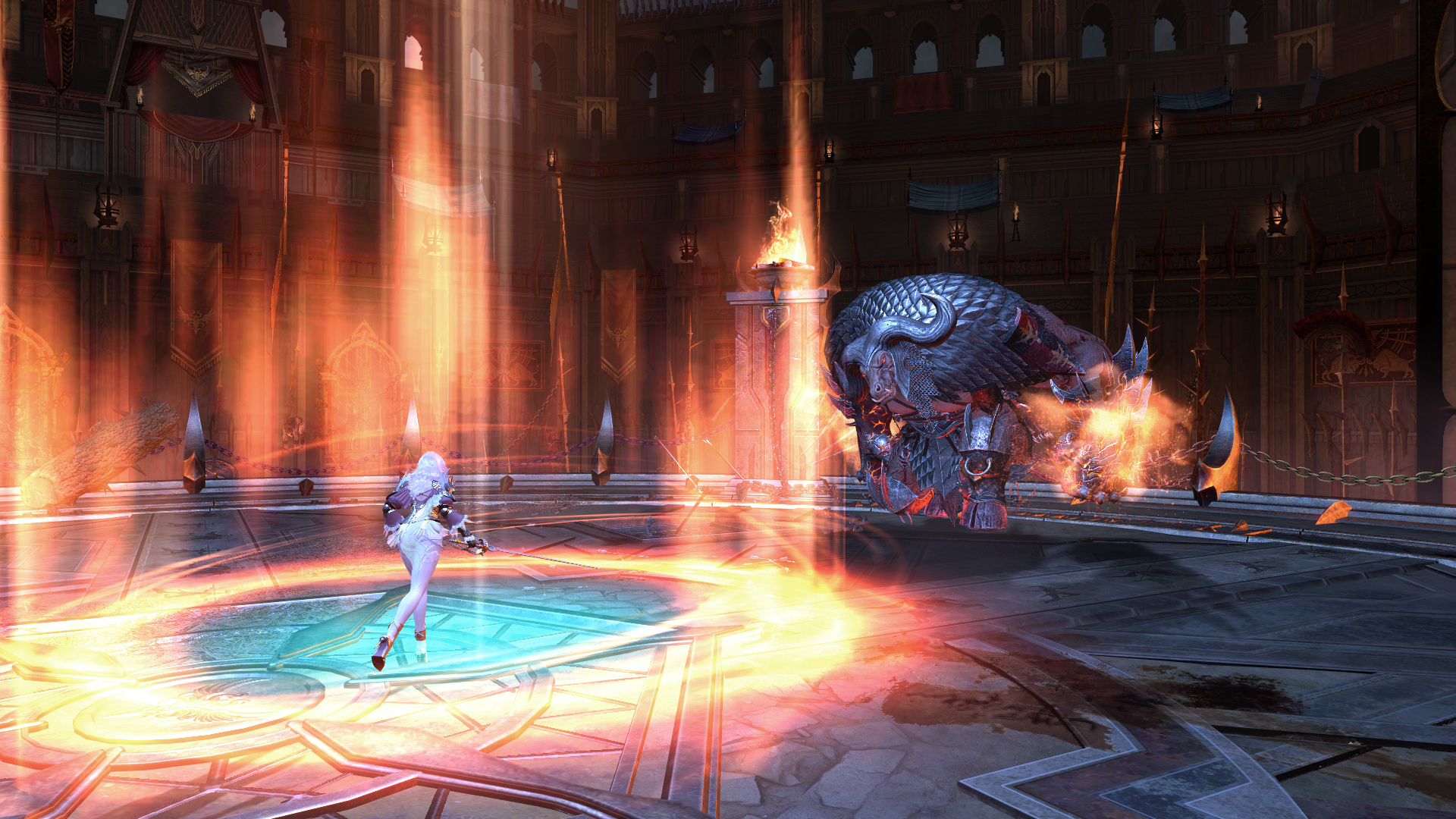 With it condensed power of flame within it body, Tarathan directly attacks the heroes with fire.
Unless the heroes quickly responses through the mark under his legs, the damage can be critical.
Experience the battle against Tarathan and deal with his diverse attack using its strong physics along with the hidden flame power!