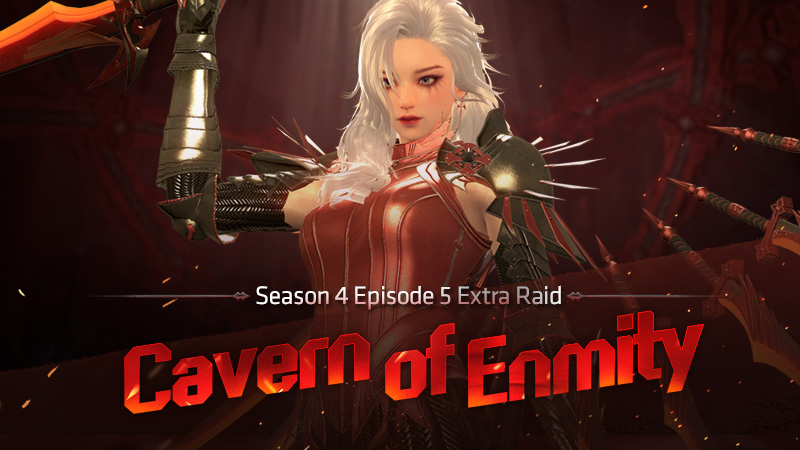 In the Dimensional Rift, You Face Cessair, an Ancient Warrior Who Has Lost Her Memories

What awaited the heroes within the dark cavern sealed by an unknown device was an ancient warrior.

It's impossible to know how long ago and why she was trapped in such a place.

What is clear, however, is the resentment aimed at the heroes in front of her.

Once a highly praised warrior, Cessair has become a mindless revenant of rage.

Letting such a dangerous being into our world will bring death and destruction.

The heroes must overcome a great challenge once again.

The newest raid is called the 'Cavern of Enmity'.

A cavern visible just beyond the Dimensional Rift, sealed by a strange device.

Following the piles of dust of ages past and the echoes of mad laughter booming deep within, the newest threat after Naberius of the Forgotten Altar, the ancient warrior Cessair awaits.

Cessair, ignorant of how long she has been sealed away or why, with no memories of who she once was, points her eons of rage towards the heroes who have freed her. 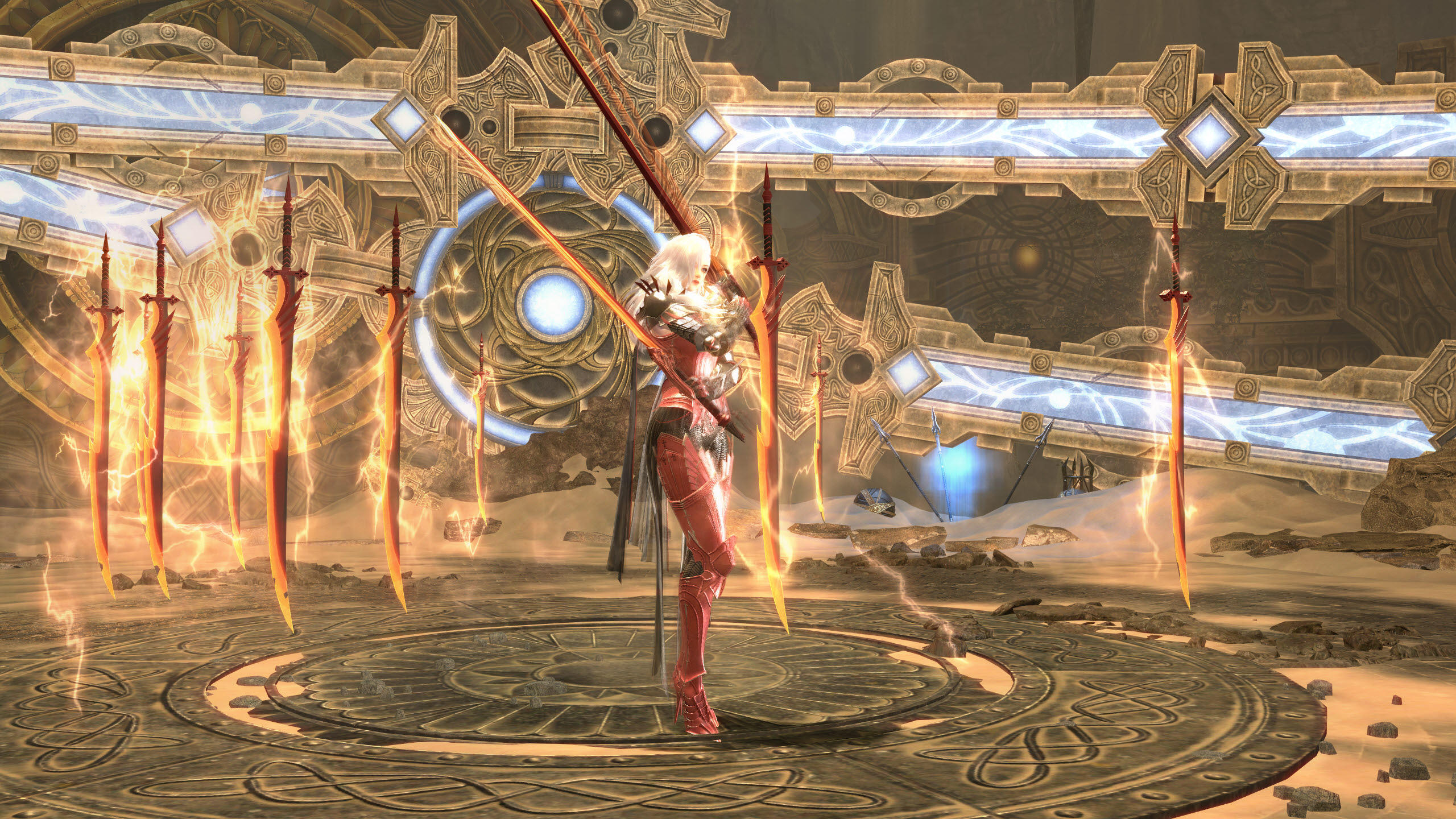 <Cessair Prepares to Attack With Her Numerous Blades>

Cessair is able to make swift and powerful attacks using the two swords in her hands.

She can also overwhelm her targets with the power of her myriad blades. <Cessair Targets a Distant Victim with Her Blades>

Thanks to a debuff inflicted by her various attacks, Cessair is a danger to close and far away targets.

Unable to trust others, perhaps due to her forgotten past, Cessair detests the bonds between heroes.

Believing that trust shatters under pressure, she intends to use her powers to prove it. However, the heroes have a chance to prove that their bonds are stronger than Cessair's rage.

"The courage to be a shield for a friend," and "cooperation that brings everyone together", these are the keys to stopping Cessair.

We will continue to work hard and respond to the players who continue to support Vindictus.

We hope to make Vindictus into a game with plenty of exciting content.