The newest raid is called the 'Great Ministry'.

The desperate, gruesome battle in the Taratha Royal Castle's Audience Chamber has ended with the hero's victory, terminating Milo and Goddess Macha's contract.

So, Macha's servant, Enok, comes up with a new plan to remedy the dire situation. Then, he injects himself with the power gained from his past experiments.

Armed with curse magic and deadly venom, Enok has resurfaced as a terrifying figure to face the hero's party heading to the Cathedral. 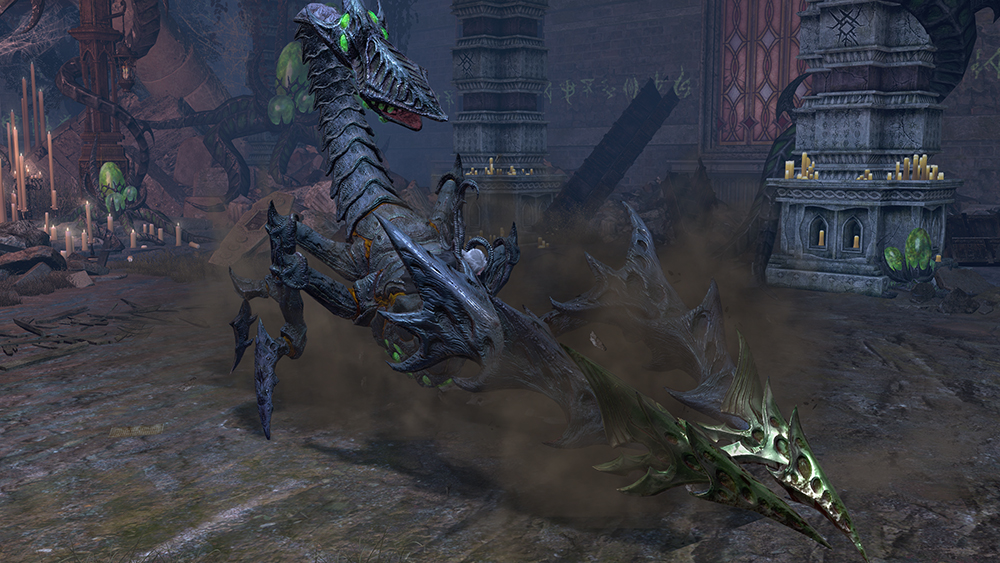 <Enok attacks the opponent with his body that has transcended humanity>

Enok has transformed into a grotesque figure, from the injection of this power.

His newfound strength and deadly venom make for a lethal combination. 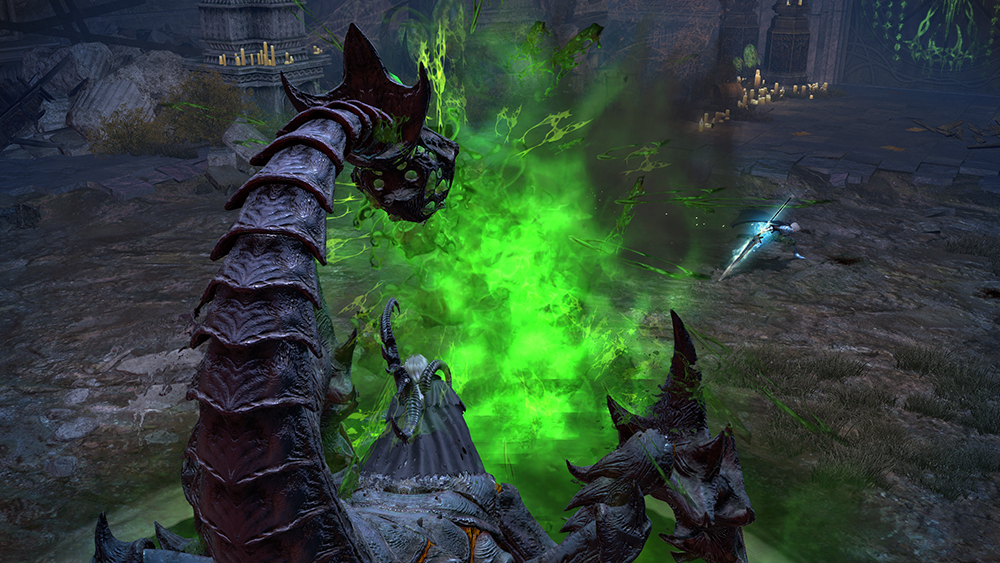 Near the middle of the battle, Enok prepares to cast a deadly curse on the hero.

The ominous 'symbols' on the pillars must be purified with the 'Holy Water of Purification' to stop his curse magic.

If the hero succeeds in purifying the symbol, they will be granted temporary protection from Enok’s venom and curse.

In particular, having the whole party purify all the 'symbols' on the pillar makes the curse magic fail, temporarily weakening Enok.

Enok will try to prevent this by unleashing a storm of endless attacks. 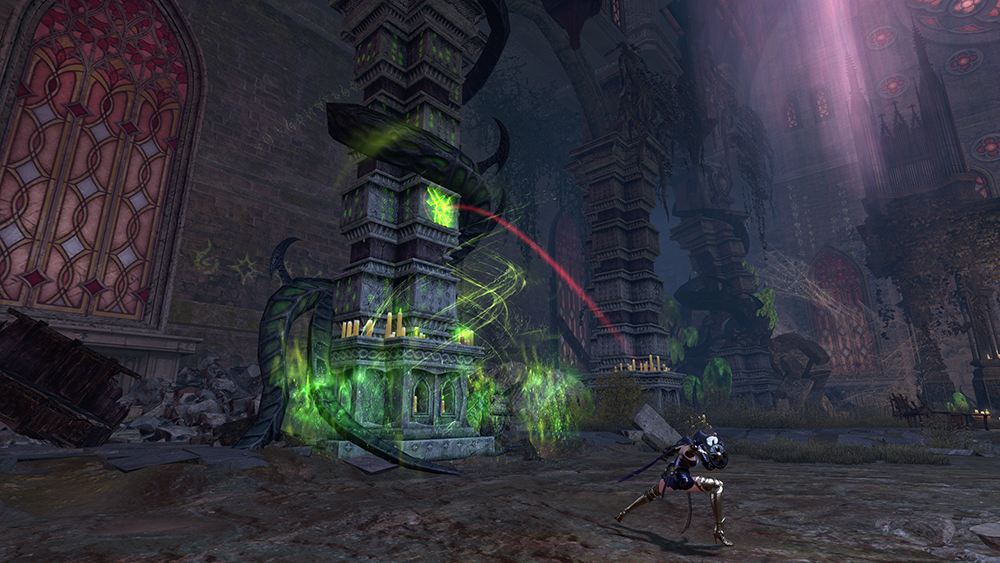 <The pillar's symbol imbued by a powerful curse>

Enok wields an attack that fuses his venom and curse magic to lethal effect.

This attack, Enok's scarlet curse, will paralyze the target before instantly killing them. 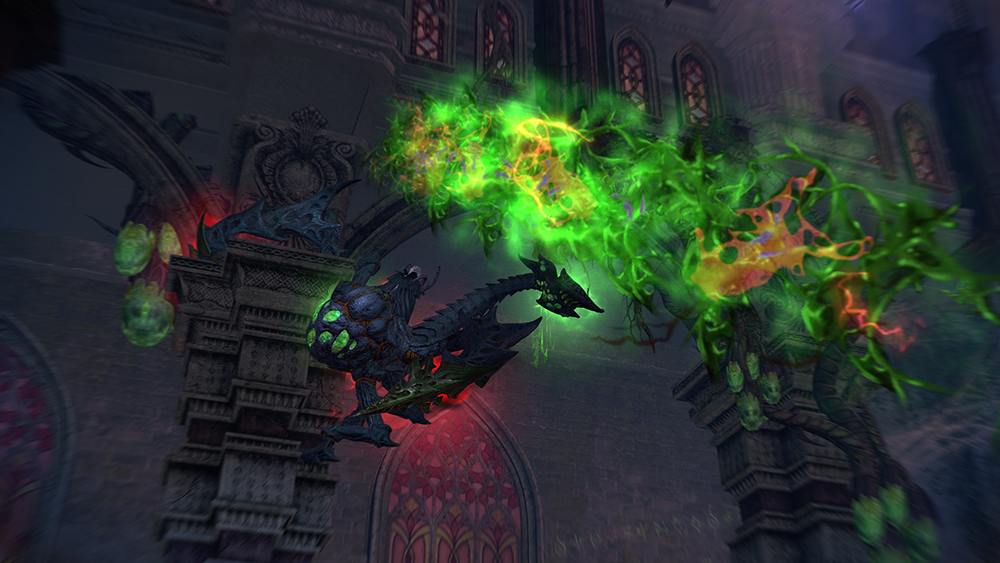 <Enok preparing his attack that combines the curse magic and venom> 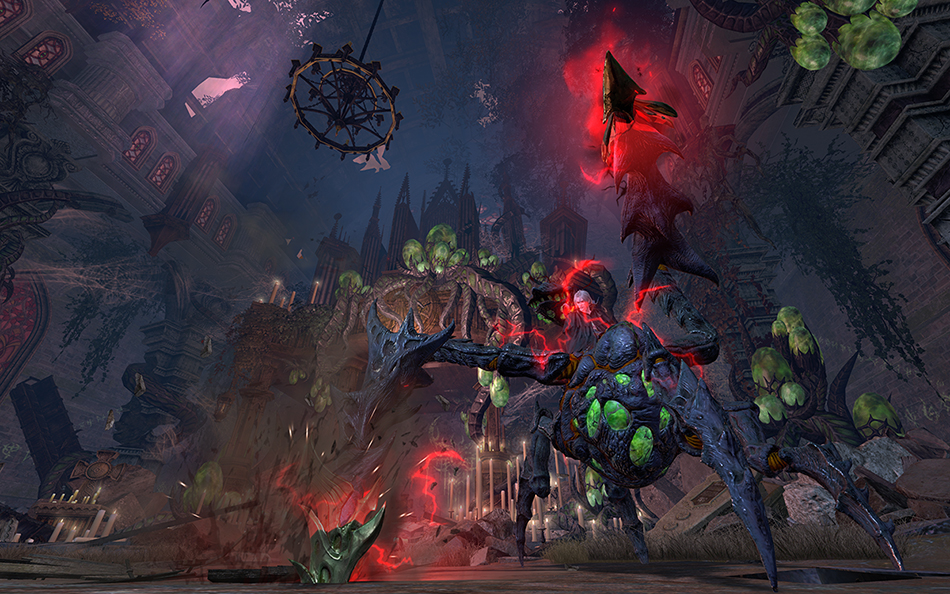 <Enok using the power of the scarlet curse>

We will do our best to provide you a fun experience with the Season 4 Episode 6 Raid: 'Great Ministry' that will be updated soon.

Thank you for always supporting Vindictus.