Today, we would like to introduce the new raid, Spearhead of Paradise Lost.
The raid boss this time is Ragnahim, a mechanical weapon created to destroy paradise.

Ragnahim is a mechanical weapon made of a wooden frame that is reinforced with steel and is equipped with a gigantic steel sword that extends a long way.

The location you fight Ragnahim is a facility where weapons of gods are placed.

You will be able to learn who undid the seal on this mechanical weapon through the battle and the main storyline. 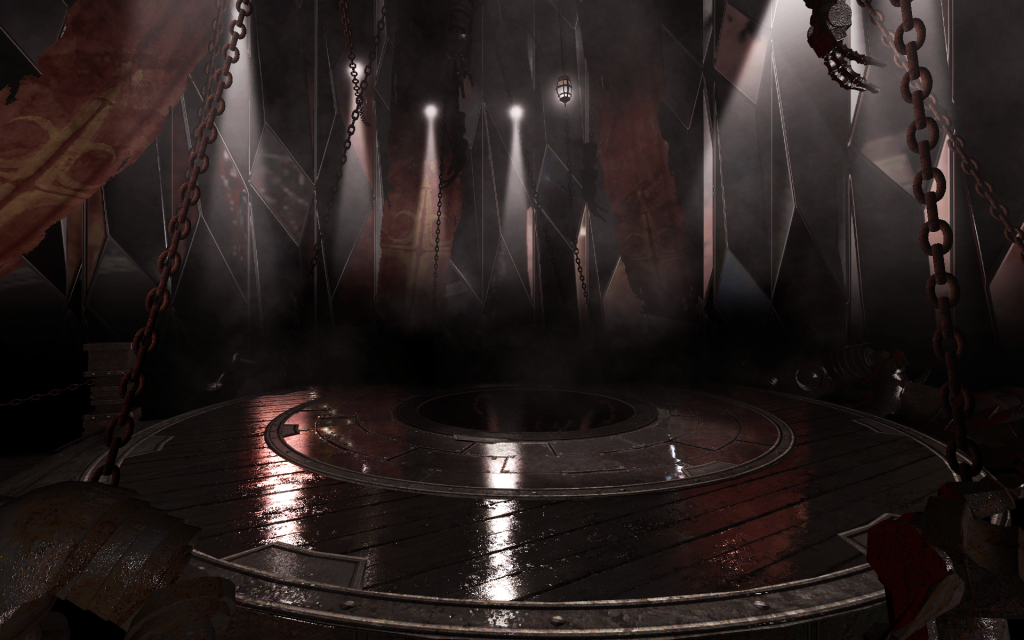 <WHERE WEAPONS OF GODS EXIST>

Ragnahim faces you with fierce attacks, using motions quite different from raid bosses released so far.

It seems some mysterious power is enabling Ragnahim's abilities...

Its gigantic steel sword boasts a length of being able to reach even faraway targets.

<RAGNAHIM ATTACKING WITH THE STEEL SWORD>

Ragnahim also snatches certain targets to absorb their energy and use it as its own power source.
In the constricted battlefield, its charge-and-snatch attack will be a significant threat. 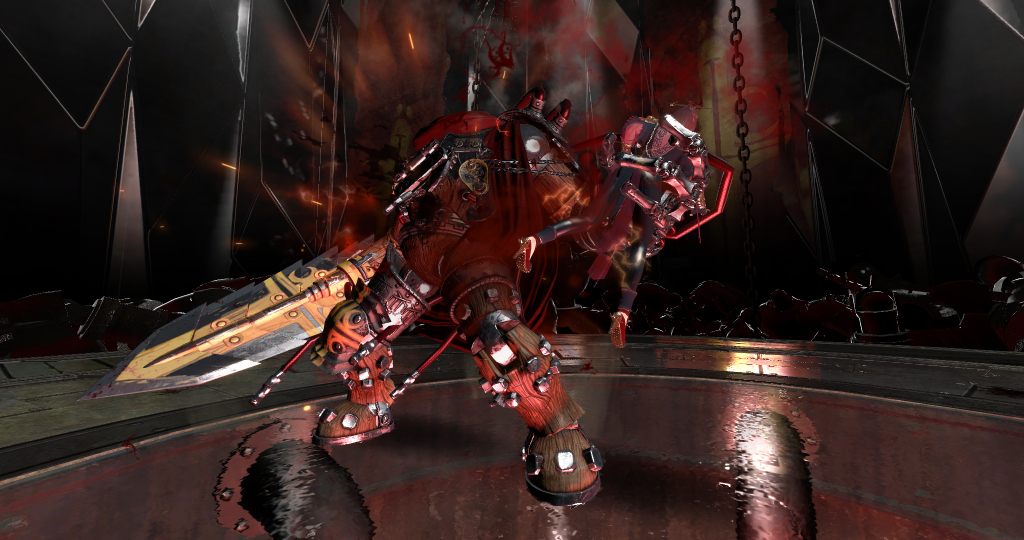 Once the battle progresses to a certain point, Ragnahim pulls down cables from the ceiling and connects them to the ground.

These cables start becoming activated to charge the ground with energy.

You can sever these cables before the electric current becomes active.

Once a cable is activated, an electrical field is created around it. You must move carefully, as approaching it may damage you. 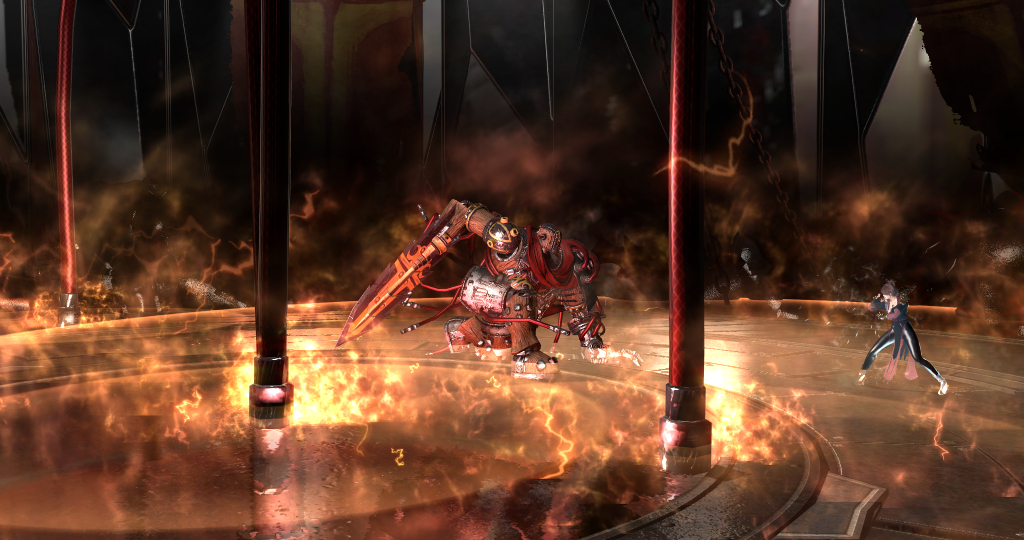 When the ground is charged with sufficient energy, the cable disconnects, and a powerful electric current runs on the ground.

The electric current will be a major threat to the Heroes. However, for some reason, a mysterious power encircles Ragnahim so that it is unaffected by the current.
It seems that this mysterious power's area is larger than you'd think, maybe so that it doesn't restrict Ragnahim's movement.
Inside this area, Heroes can also move without taking damage from the electric current. 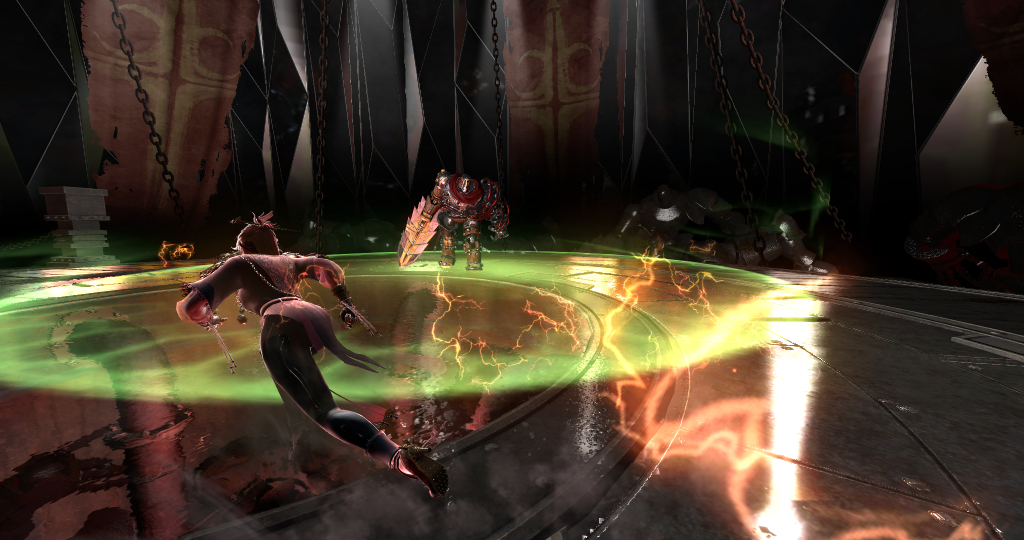 <AREA UNAFFECTED BY THE ELECTRIC CURRENT>

The new raid updated today, Spearhead of Paradise Lost!
We'll always do our best to give you a fun experience.
Thanks for playing!