Episode 4: Your Evil is My Justice

Your Evil is My Justice

The alliance has uncovered the cruel truth behind what is happening in the kingdom.
Though you wish you could open the people's eyes to the truth in a peaceful manner, they are far too taken by the dark machinations of your enemies for you to succeed.

You have now choice but to raise your sword against Taratha City—to forcibly uphold justice by overthrowing the kingdom.

The enemy you must now face at the capital is Romel, the former captain of the royal guards.
He is a legendary knight whose belief in the true king and the goddess who acknowledged him is without compare.

It is not a mindless, evil fool who awaits you now, but a man of great virtue and even greater strength.

Romel stands before you, his body pristine for one of his age.
Though he retired to the north long ago, with Taratha in a crisis, he returns to defend it with pride.

He is not alone, however, for the goddess Macha has blessed him with weapons that give him strength beyond measure—and the further he pushes himself beyond his physical limits, the more they drain his very life.

This matters little to him, of course.
With justice on his side, he is willing to fight till the bitter end to stop you.

The newest raid is called the 'Royal Castle Topaz Hall.'

The alliance has uncovered the cruel truth behind what is happening in the kingdom, and now they invade Taratha Castle's Topaz Hall to put a stop to it by force.
It is here where you encounter Romel.
The aged knight faces you, equipped with both a weapon and a strong belief that justice is on his side.

He has also been gifted with the power of the goddess in the form of gauntlets, making him far greater threat than he ever was in stories of legend. 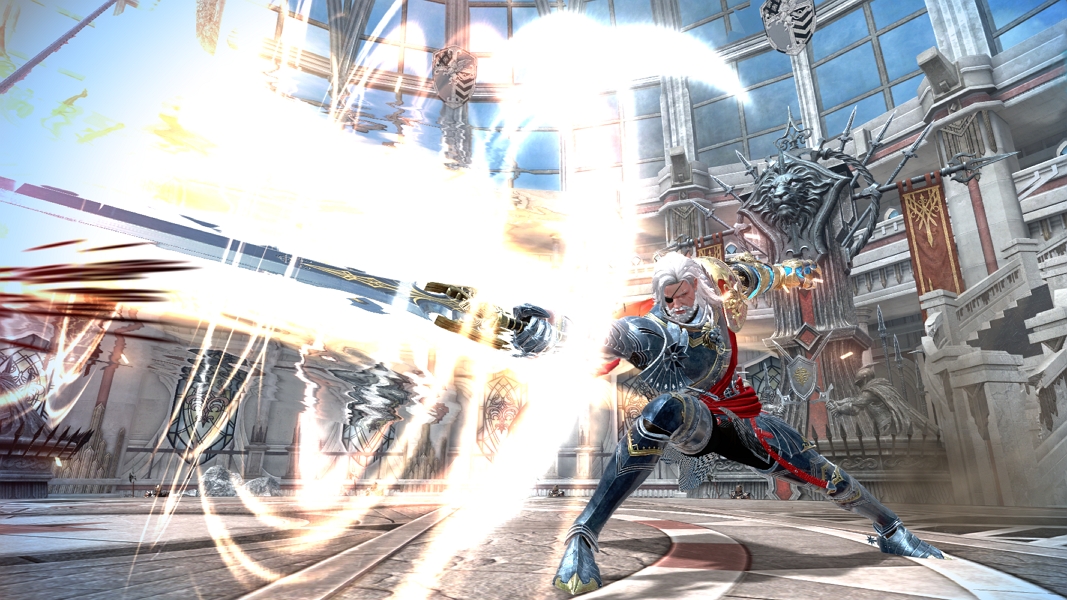 Romel's strength is even greater than it was in younger years due to the goddess's blessing.
Though he feels her weapons draining his life as he uses them, that isn't enough to stop him from fighting till the bitter end.
He has the goddess, his beliefs, and a wealth of experience to guide him to victory in battle, making him your greatest opponent yet. 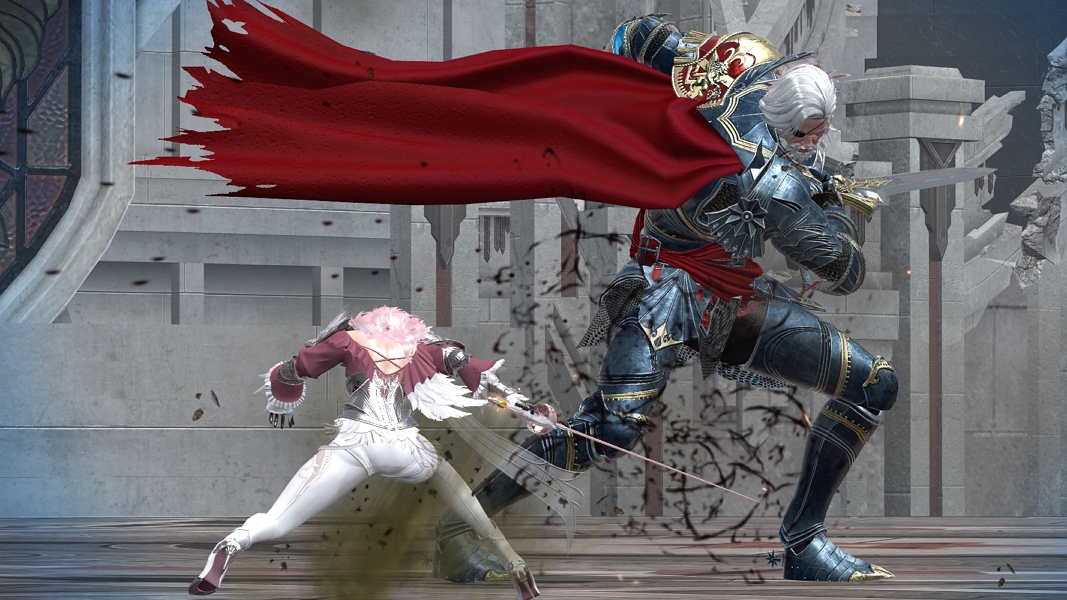 Romel's attack patterns change considerably when utilizing the blessed gauntlets.
Even standing far away isn't enough to keep you safe, for he can use his power to make the, grow in size and strike from a distance.
You must work with your fellow heroes to counter his unpredictable attack scheme. 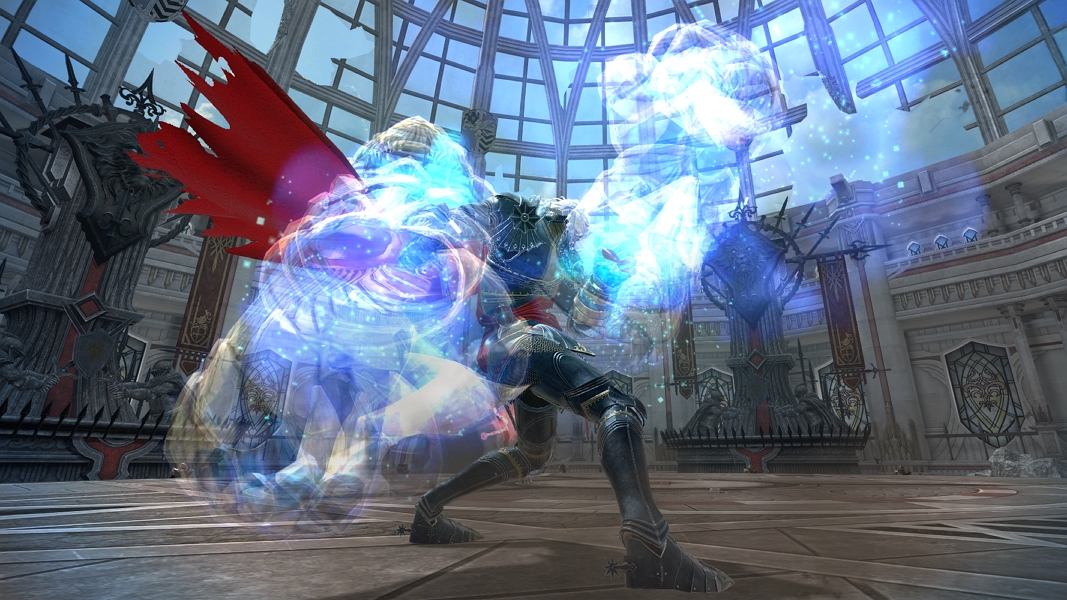 The sword Romel wields is also embedded with the goddess's power, so its attacks linked with his gauntlets deal heavy damage.
Take great caution once he elects to equip both gauntlets. 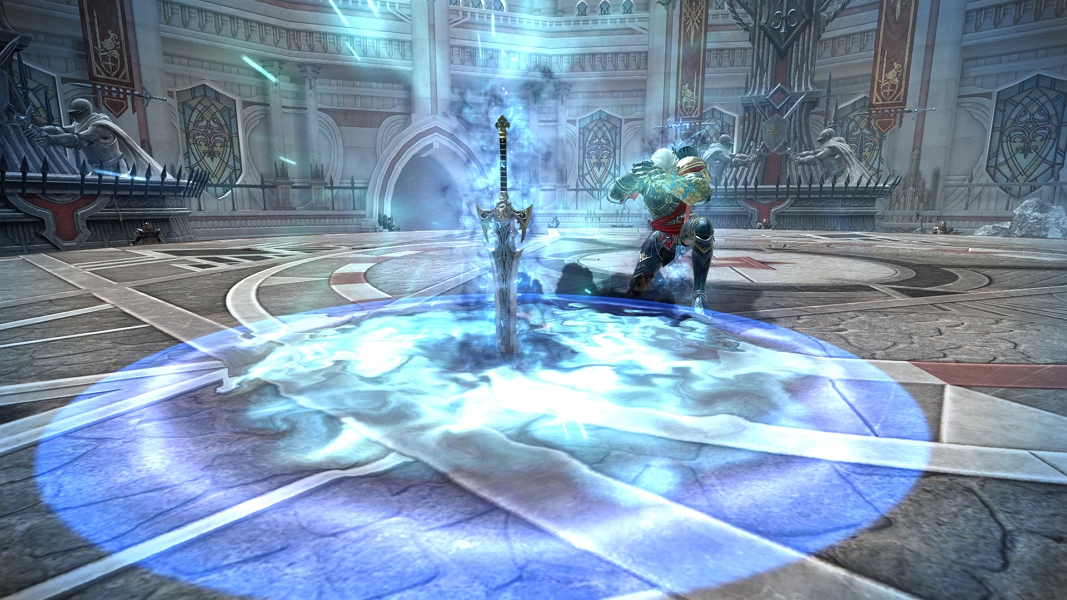 Near the end of the battle, Romel unleashes all his blessed strength as once to pummel you in his most devastating form.
Work closely with your fellow heroes, however, and victory may yet be yours.